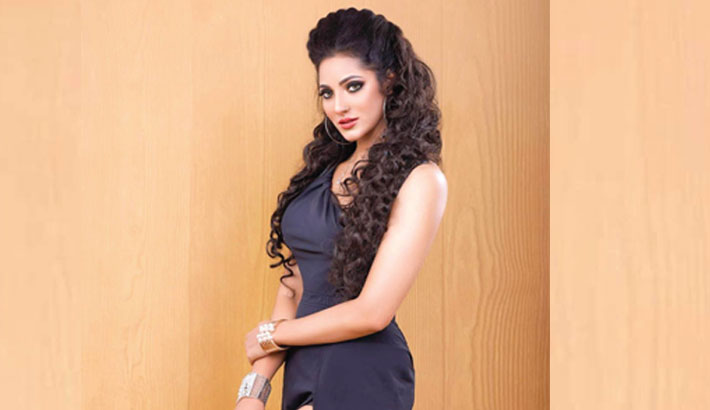 The newbie actress Priyo Moni is getting huge positive response for her role in the film ‘Kosai’. Directed by Anonno Mamun, the film was released on OTT platform iTheatre during the Eid-ul-Fitr festival. In the meantime, ‘Kosai’ has created buzz in social media.

Popular actor Nirab Hossin has played the lead role while Priyo Moni has portrayed the character of Nirab’s wife in the film. Priyo Moni’s struggle as a pregnant woman in the movie has widely been praising by the audience.

The other cast of the film includes Rashed Mamun Apu, Nawshaba, Shaheen Mridha, LR Khan Shimanto and others.

About the film, Priyo Moni said, “Kosai is my first-released movie. It was very challenging for me to portray my role in the movie. I have worked hard for my role and now I’m getting reward for my hard work. I’m overwhelmed by the audience’s response. I could not imagine that I would get such a response for the film.”

“The story of the movie is based on a vicious group who lures people into going abroad by offering them fake promises. Really, the story is very exceptional and all artistes have done their job wonderfully. Viewers always want to watch good story-based film for that audience has accepted the film Kosai”, she added.

Priyo Moni started her career as a model. Now, her only ambition is to establish herself as a film actress.

On the work front, the shooting of her film ‘Bhalobasar Projapati’ has almost been completed. Produced by Impress Telefilm, Raju Alim and Masuma Tani are jointly directing the film. The beautiful actress will also been several new projects including, two movies and a web film soon.