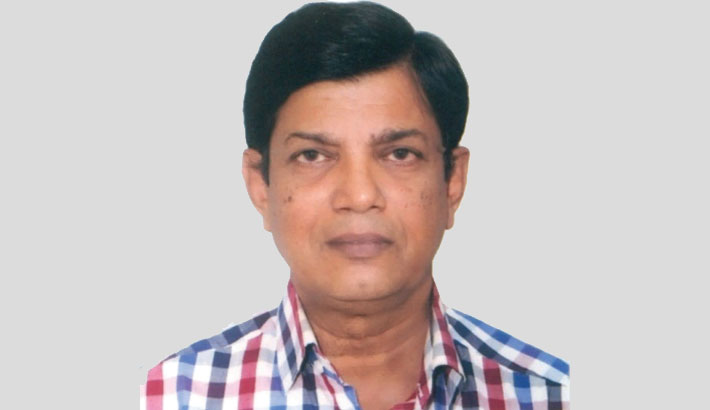 Over the last couple of weeks, Keramat Mia, a day labourer in the capital witnessed his earnings had diminished almost to nothing. With the government imposed lockdown taking into effect on April 14, the 40 year old man, who crushes bricks and moves earth at construction sites, could hardly manage any job to make a living, let alone celebrate the Eid-ul-Fitr, the greatest religious festival of Bangladesh. Like him, thousands of poor people, especially those engaged in informal sector in urban areas find it hard to manage any work to make ends meet. These groups of economically vulnerable people in urban areas with little or no assets to fall back upon had no choice but to leave for village homes during the restriction imposed to contain the rapid spread of Covid-19.

No doubt the second wave of pandemic together with the recent round of lockdown, which took effect in the middle of April this year, has once again laid bare the sheer helplessness faced by the urban poor. According to an estimate from Bangladesh Institute of Development Studies (BIDS), the country-wide lockdown last year had caused 80 per cent drop in income of people belonging the informal sector in urban areas. Mainstream dailies very often report about how the circumstances are likely to be the same this year too. A government survey in December last year clearly stated that the social safety net schemes failed to cover millions of urban poor facing food insecurity. The government has introduced a number of social safety net programmes aimed at lifting the poor out of the vicious cycle of poverty and as such expansion of this schemes is quite worth- mentioning. Despite that, it is clearly evident that there is a lack of social safety net programme meant for the urban poor.

The Bangladesh Bureau of Statistics (BBS) surveyed 2,150 households in city corporations across the country from December 8 to 26 last year. But the study, the first of its kind, did not precisely reflect the impact of the pandemic on the urban poor. It is evident that the second wave of Covid-19 and the resultant restriction on public movement have already aggravated the pre-existing equity in the safety net coverage with exposure of destitution being significantly higher in urban areas than in rural ones. The rural people have some scopes to live by such as farming and small businesses with urban poor having little or no option to live by as such. Besides, they have to buy everything with price hike of essentials, adding to their woes amid a decline in their income. And needless to say, they are increasingly being pushed to the vicious cycle of poverty.

However, despite the severity of the situation, the government is yet to come up with a coordinated plan to include these marginalized people into its social safety schemes. Absence of such planning is particularly disturbing given the fact that a government sponsored survey in December last year unearthed the reality that the country’s social safety schemes did little or nothing to deal with millions of urban poor facing food scarcity. Notwithstanding having this information, it is perplexing to learn that the authorities did not have the wisdom to come up with the plan targeting the urban poor, especially so many global health experts by then started issuing warnings about a second wave of pandemic.

On the top of lost income and depleted savings, the rise in prices of essential items has wreaked an unprecedented havoc on the urban poor. In the face dwindling food stock, it seems that the government is no longer able to sell rice at a subsidized rate of Tk 1o/ Kg through its OMS outlets either. As a result, millions of people will now face food insecurity and be forced to curtail essential spending such as on health, education etc.

The government needs to demonstrate its ability to provide for the most vulnerable citizens adopting a coordinated long term action plan instead of simply reacting in a haphazard manner when faced with a crisis of this magnitude. For now, there must be quick and effective collaboration among relevant ministries, city corporations, local government bodies and NGOs to ensure that pandemic relief funds reach the targeted population as soon as possible and more allocations must be made for the urban poor. The government needs to listen to local experts in designing social safety net system meant exclusively for the urban poor keeping in mind the rapid urbanization and sharp increase in the number of slum dwellers. Participation of local government bodies and NGOs is also vital to reach the target population. Our strength is Go-NGO collaboration. And the cooperation and collaboration have become all too important at this crucial time of pandemic. There are many NGOs working in urban areas and it will be possible to reach the vulnerable population in these areas if NGOs are actively involved in preparing a flawless list of beneficiaries of social safety net scheme. Therefore, social protection programmes should be carried out through coordinated efforts involving both government and non-government organizations.

Owing to lack of comprehensive household database, the benefits of social safety net schemes cannot reach the real poor of urban areas. So, the importance of a comprehensive household database for this purpose cannot be stressed upon enough. It is extremely disappointing that the National Household Database which is meant to be the country’s first- hand information on poverty is yet to be completed even after passing seven years. The delay means that not only are the poor households deprived of benefits, but the data collected is now obsolete due to fast changing conditions of the pandemic and the creation of new poor. When project such as this drags on, it does not only cost taxpayers’ money but also, as the pandemic aptly demonstrates, costs lives. The government has recently come up with cash support for the people affected by corona virus. Part of it needs to be set aside for the urban poor, no matter how nominal the allocation is.

The second wave of Covid-19 has already started adversely affecting every citizen of Bangladesh. But its impact on the marginalized and disadvantaged people in the urban areas has been more profound and more intense compared to rural poor and, therefore, it needs to be addressed with right earnest. The sooner, the better.

The writer is a Rtd. Deputy General Manager, BSCIC.