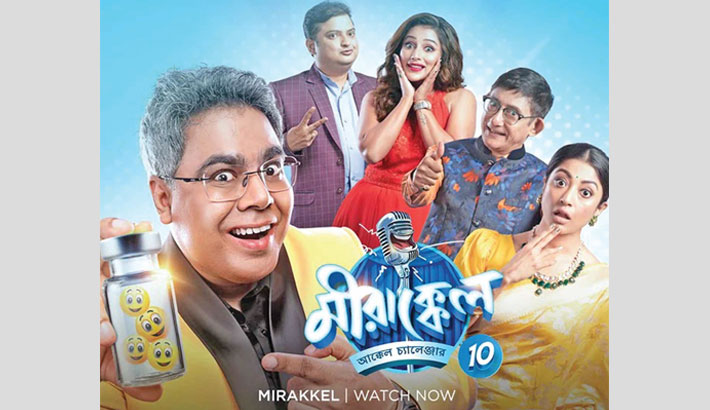 Indian stand-up comedy show ‘Mirakkel Season 10’, hosted by Mir Afsar Ali, is all set for its Grand Finale today. The grand finale will be aired on Zee Bangla at 8:30pm.

After several rounds, five contestants are in the final race. Contestants Partha Sarathi Batabyal (from Hoogly), Swarnabha Dey (from Garia), Mohammad Toufiq Ilahi Ansari (from Bangladesh), Shaktipada Dhibar (from Bankura), and Roshni (from Bongaon) performed well and made it to the finale.

Only one Bangladeshi - Toufiq Elahi Ansari - will compete in the grand finale. Originally three contestants-Abidul Islam Rimon, Toufiq and Afnan Ahmed Rashed-were selected for the final round of season 10, but both Rimon and Rashed failed to reach India due to the ongoing lockdown and closure of the Bangladesh-India border.