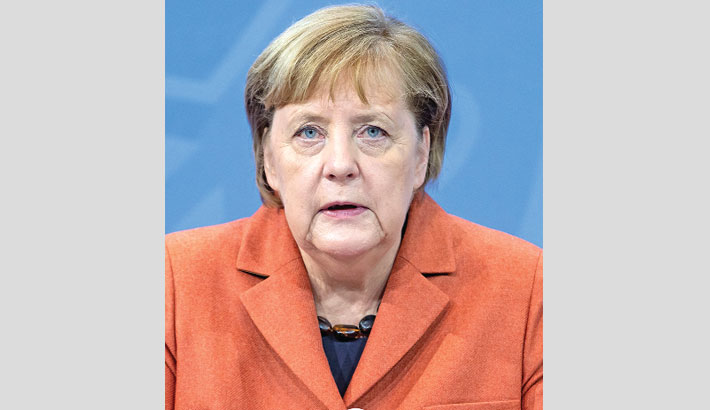 BERLIN: After almost 16 years in charge of Europe’s biggest economy and often dubbed the most powerful woman in the world, no one could accuse German Chancellor Angela Merkel of kicking back, reports AFP.

But Merkel, who will retire from politics after elections in September, still fears people might think she didn’t work hard enough, she told an online forum hosted by the WDR broadcaster on Thursday. Asked what she would not want to be written about her in the history books, the veteran chancellor replied: “That I was lazy.”

Merkel made the comment with a wry smile, a nod to her reputation for in fact being exactly the opposite.

The 66-year-old chancellor is famous for packing an eye-wateringly busy schedule and once said she stores sleep like a camel stores water. In 2015, her diary itself made the headlines after she packed in meetings in Kiev, Moscow, Washington, Ottawa and Minsk all in the space of one week, culminating in 17 hours of negotiations on a ceasefire deal.

More recently, Merkel has employed her well-known tactic of wearing people down with all-nighters during negotiations on the European Recovery Fund and when thrashing out virus curbs with Germany’s state premiers.

Asked last year about her plans for retirement, when she might be expected to take it easy, Merkel said: “I haven’t thought about it yet.

“I will continue to work for now and eventually things will fall into place. I am optimistic that I will come up with something.”