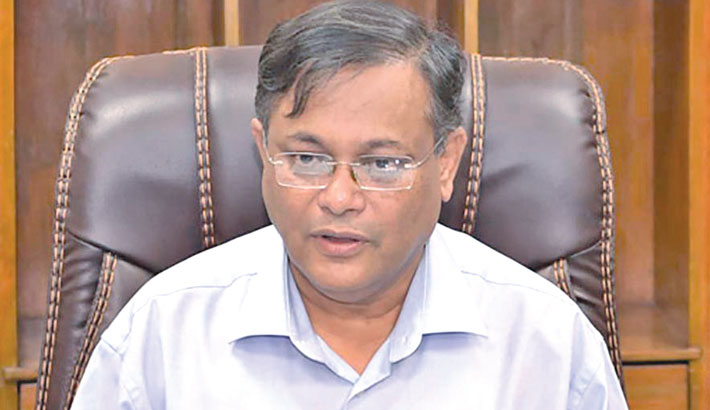 Information and Broadcasting Minister Dr Hasan Mahmud on Thursday said the authorities concerned have remained careful so that journalist Rozina Islam gets justice and due honour in the prison.

“People are not above mistakes and Rozina can also do wrong. But a watchful eye is being kept so that journalist Rozina Islam gets justice and due honour in the jail,” he told journalists at his official residence at Mintu Road in the capital, reports BSS.

Earlier, Dhaka Reports Unity (DRU) handed over a memorandum demanding the release of journalist Rozina Islam who was detained for the allegation of stealing information.

The leaders of Bangladesh Secretariat Reporters Forum (BSRF) also made the same demand at that time.

The minister said DRU and BSFR are demanding formation of a neutral probe committee instead of the health ministry’s investigation committee. “I will discuss with the concerned authority about the issue. I gave elaborate speech on this issue yesterday. I’m trying from the very beginning so that journalist Rozina Islam gets justice and due honour at the prison. And my efforts will continue,” Hasan said.