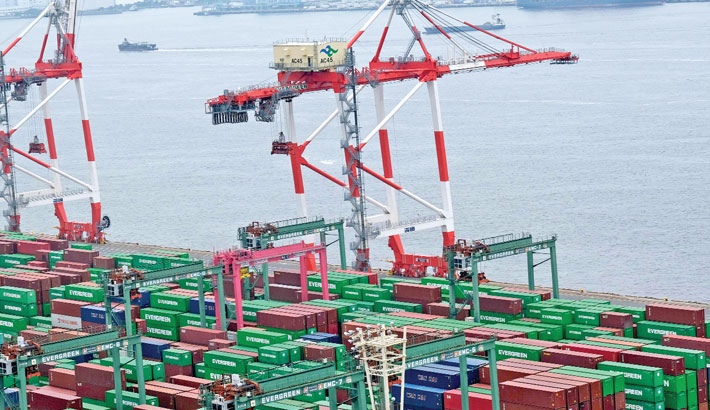 Containers are seen at the international cargo terminal at the port in Tokyo on Thursday. 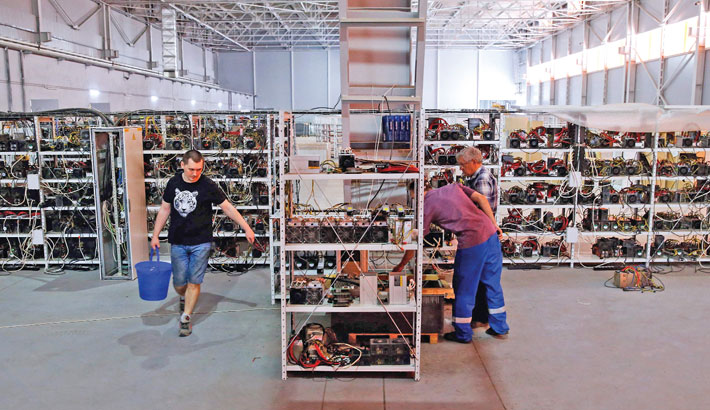 Russia's crypto-businessman Dmitry Marinichev's virtual currencies mining farm operates in a former Soviet-era car factory warehouse in Moscow.
Bitcoin's value plunged on Wednesday, after China signaled a new crackdown on the cryptocurrency, but its losses were cushioned after Tesla head Elon Musk spoke up on Twitter. The virtual currency fell to almost $30,000 -- less than half the record value it reached last month -- before climbing back over $39,500 around 2000 GMT. It was still above its level at the start of the year. Bitcoin recovered somewhat following tweets from Musk that featured a
diamond and hands emoji, taken as a signal the company had not sold off its huge bitcoin holdings as the CEO appeared to suggest recently. 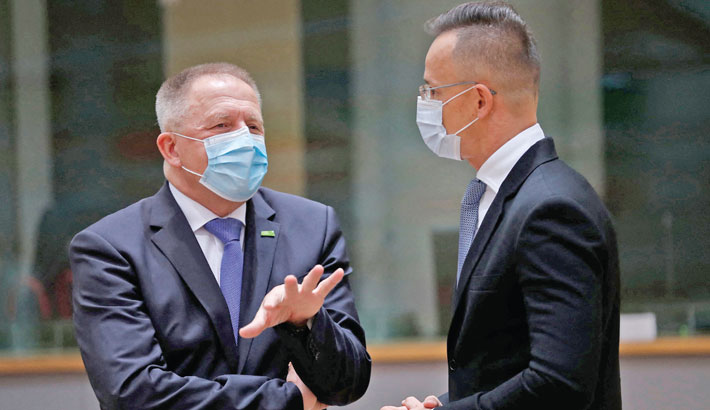 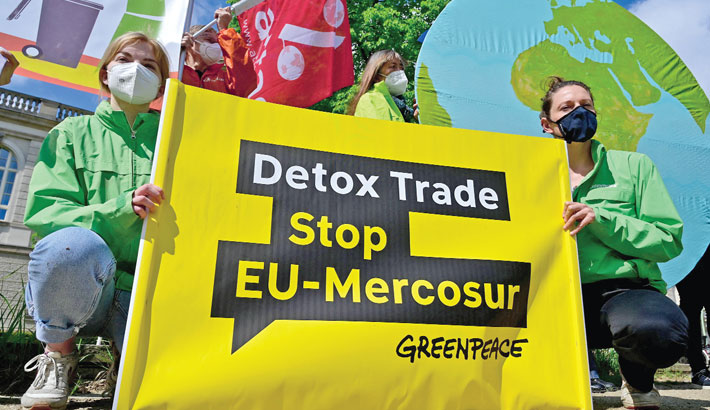 Activists of environmental protection group Greenpeace display a banner during a protest by various NGOs against the proposed EU-Mercosur Free Trade deal, in front of Germany's Economy and Trade ministry on Thursday. The trade pact, struck in 2019 with the Mercosur bloc of Argentina, Brazil, Paraguay and Uruguay after two decades of talks, which would remove some 4 billion euros of import tariffs on its products, has been criticised by European environmentalists, consumer protection organisations and labour rights activists alike.