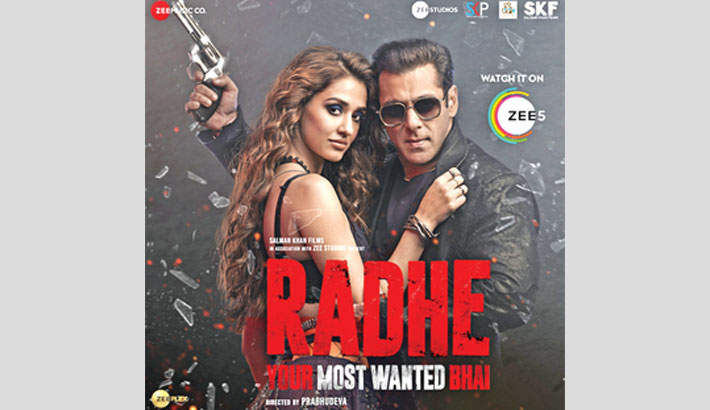 Bollywood actor Salman Khan starrer ‘Radhe: Your Most Wanted Bhai’, which premiered on ZEEPlex on May 13, has received an overwhelming response from the audience. Trade pundits expected the action drama to perform well on the OTT platform as Bollywood’s Bhaijaan enjoys an enormous fan following. The server of the official release platform of ‘Radhe’ crashed within few hours of release as many users logged in to watch the much-awaited flick, report agencies.

Movie buffs have been eagerly waiting for the film ever since the makers released the trailer. Salman fulfilled his promise of entertaining the audience on the occasion of Eid 2021.

The official Instagram handle of ZEE5 shared a post, thanking the fans for the amazing response. “Thank you for the unprecedented love, will be back soon,” the post read.

Salman and Disha’s 'kiss' in 'Radhe' has become the talk of the town. Contrary to the rumours, the 'Bharat' actor didn’t break his no-kissing clause. The 'Bigg Boss' host, while talking to ABP News, confirmed that duct tape was used in the scene.

‘Radhe: Your Most Wanted Bhai’ has been directed by Prabhu Deva, who worked with Salman in ‘Wanted’ and ‘Dabangg 3’.