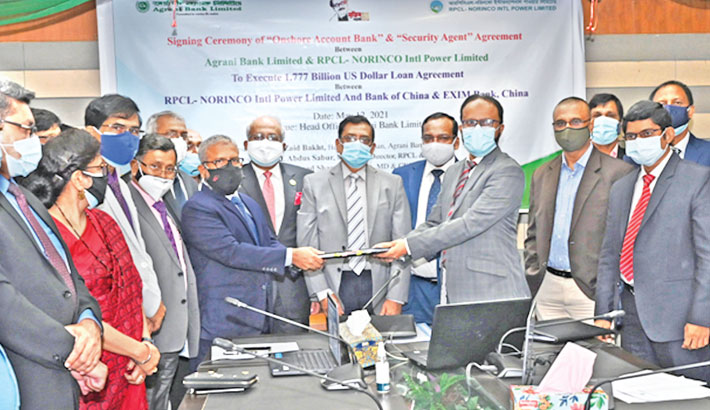 It was first such deal signed by Agrani Bank to facilitate loan through operational support of the onshore account bank and security agent for setting up a large power plant.