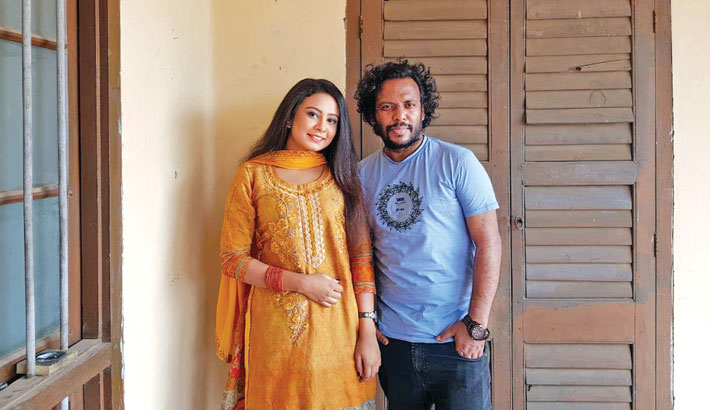 Singer and lyricist Lutfor Hasan, Channel i Khude Gaanraj champion Nuzhat Sabiha Pushpita have lent their voice to an Eid song titled ‘Bristir Rail Gari’. Lutfor Hasan himself has written the lyrics and composed the song.

John has arranged the music of the song. The recording of the song has been completed at a studio in the capital recently.

About the song, Pushpita said, the lyrics, composition and music of the song are amazing. I’m very happy that I have lent my voice to the song.”

Lutfor Hasan said, “I always want to work with promising singers. Pushpita is very talented singer. I have collaborated with her in numerous projects. She has sung the song hole heartedly. I hope the audience will enjoy the song.”

The song will be released on YouTube channel of Dhruba Music Station on May 13 with music video.  Besides, the single will be available on different Music apps.