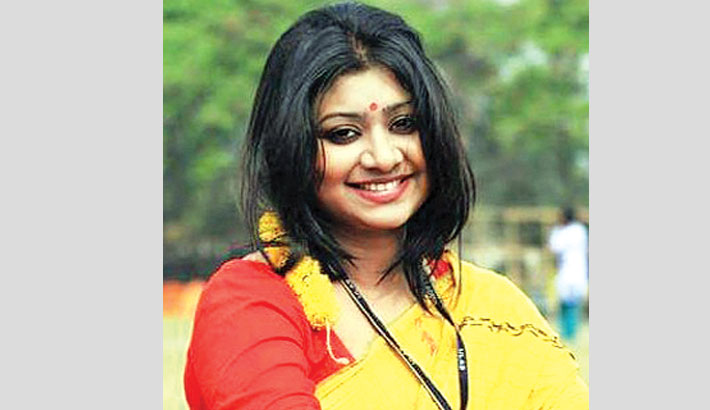 A few days ago, the “bangi” (melon) issue went viral on social media. All of a sudden, a group of youngsters showcased their disgust at this fruit. Their disliking is comprehensible because food choice can entirely be a subjective matter. But the way they spread their abhorrence to others is dangerously misleading and also political. You may dislike something. But you cannot make someone abominate what you do not like. That is an act of manipulation. In this way, melon loses its simplicity in mere seconds and becomes a political fruit indeed!

Several centuries back, there was a proverb—we are what we eat—which is still relevant. Food is the primary source of energy and also a building material of our body. If our body is a machine, food is the fuel that helps our body sustain and work in proper order. However, food is not just a mixer of various ingredients. It is certainly more than that! A proper meal says a lot about the culture, class, race, gender, religion and even geographical location of the consumers.

According to socio-cultural anthropology, which focuses on the diversities of human behaviour, food and food habit largely define who we are and who we are not. From the prehistoric period to the contemporary time, food has shaped our way of living and of course vice versa. In ancient hunting-gathering times, it was the trend of the “first come, first serve” method. Those who could hunt first could eat first. The rest had to rely on their hierarchal commands. Then with the rise of agriculture and farming, food culture also became politically charged. It depended on the weather, geographical location, quality of the soil and food habits of the inhabitants. This is how the present food habit has come into being and it is always dynamically developing over the course of time.

Like language, food has dual characters: it can be a means of communication and a carrier of culture. Think about a religious festival. Almost every religion has its own food culture when it comes to performing rituals. The Muslims sacrifice animals in Eid-ul-Adha. The Hindus offer a special dish called “bhog” during their puja. During Christmas Eve, the Christians prefer to eat a whole turkey roast and bread. So, food is religiously coded. In India, many Muslims and Dalit people were killed just due to eating beef. I have seen many Muslims rejecting “prosad” and “bhog” because the food was meant for offering the Hindu goddesses. Still, we are not tolerant enough to respect each other’s food habits.

Food is racially coded. What we think of as “healthy and good” food is actually “white” food. By white, I certainly do not mean skin colour. I am talking about the race which has been successfully out-spreading their ideologies for centuries. Food has Eurocentric and Western statures. This is the reason behind preferring oats and quinoa to rice. The formers are very popular in the West. Rice, despite being a home-grown food, loses its prestige before the supremacist grains like oats and quinoa. Not just that, the access to food is also racialized. This is why before meeting the local needs; the manufacturers export many food items to the supreme races to earn foreign currencies. It cannot be denied that the taxes from these exported products add up to our GDP.

Food culture largely depends on its production, regulation, distribution and affordability of the buyers. Not all the products are available in every store. In a big city market, the white-tagged items are very handy. On the contrary, in village or small-town markets, these products are not available. When I used to live in Trishal, I did not find a single packet of oats anywhere in the local market. The shopkeepers did not even hear the name of this food item. Trishal is not very far from Mymensingh or Dhaka! Still, there are not so many “sophisticated” food items.

Food is also categorised on the basis of different social classes. Let’s think of the same item but from different companies. For example, home-grown macaroni is far cheaper than the imported pasta. Both are available in the same shop. Those who can afford to buy the costlier one can buy! But sometimes, middle-class people also opt for buying what they cannot afford in the long run. But why? The answer is politically rooted. The desire of becoming the “other” by surpassing the “self” is very much innate in us. It is because we fear not belonging to the community we are in! It is a dangerous kind of fear for which we are ready to sacrifice our ethnological and cultural identities too.

Let me give an example by referring back to my first paragraph. People who do not like “bangi” criticize others who are fond of melon. To get rid of this sort of annoying criticism, many people, without acknowledging the fact, just go with the flow. This is how they deny their own preference, and thus, they reject their individuality. Many people around us do not like, in fact hate, “pangash” and “loitta” fishes. Can they ever imagine how many people survive by eating these fishes? Deliberately disregarding food simply means rejecting an entire community. Food is just a metaphor! I do not mind if someone denies eating what I prefer. But I really take it to my self-esteem when my preferred food item is being generally and publicly ostracized.

Food is gendered too. It does not have a gender, but it can be celebrated differently by different genders. Have you seen anyone pulling the leg and making fun of a man who likes pickles? Men who like spicy and mouth-watering pickles are labelled as “feminine” men. It entirely depends on the taste buds of an individual. We may not like it. But who on earth gives us the authority to criticize someone different than the conventional ones?

Food is supposed to unite people regardless of classes, genders and races. In reality, it segregates. This is why during any moment of scarcity, the privileged ones get access to food first and the unprivileged ones keep on waiting for the remaining. We cannot stand unitedly during the unnecessary price hike of onions and tomatoes. We just get busy showing off our economic status. When the middle class and lower-class people protest against unlawful price hike, the privileged class fires up their cigars and see the “drama” of these sufferers. It is their best time to show the ultimate difference between them and others. And then, after a certain period of time, some of the bigshots come down from the seventh sky and distribute food as a relief!

Food is not just what we eat, it is what we are. Food has a deep connection with the culture. When a particular food is lost, the culture is also lost. In old days, mothers used to cook “payesh” on birthdays. These days, mothers bring birthday cakes. Things are changing and will be changing in the future too. But that surely does not give us any right to degrade the food culture of others. Don’t eat “bangi” if you don’t want to. At least let others devour the taste of this heavenly, yet politically evolved melon!