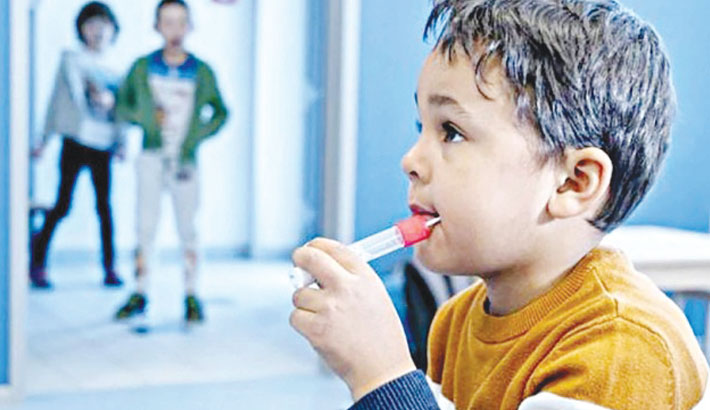 A newly developed, lollipop-shaped coronavirus test is being rolled out in some of Austria’s kindergartens as an alternative for toddlers who don’t take well to throat or nose swabs.

Students—a little shy—lined up in one Vienna kindergarten this week to be tested, with the exercise open to the media, reports AFP.

Though children are exempt from many virus measures, there are fears that with schools and kindergartens reopening, the more contagious variant that emerged in Britain and is dominant in several

This could contribute to another surge in cases and threaten progress with vaccination campaigns.

To “keep track of the infections” and to offer a “sensible alternative to other testing options,” Austria’s Burgenland province has already ordered 35,000 lollipop tests, a spokesperson for the regional government told AFP.

This follows the success of a pilot project with children in some kindergarten and day-care centres.

Letters have been sent to parents informing them that the Burgenland state will provide each child with three free tests per week.