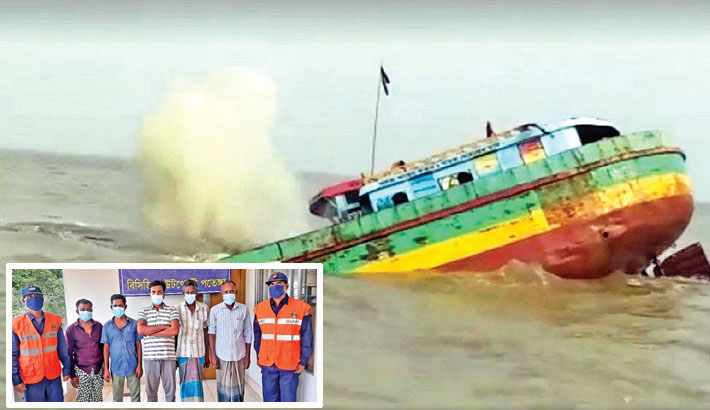 CHATTOGRAM: A stone-laden bulkhead sank after its engine got out of order at outer anchorage of the Chittagong Port on Friday.

Sources said the bulkhead ‘MV Pinki’ carrying stones sank in the sea, some two nautical miles off Patenga Light House around 7:30am.

The five oarsmen of the bulkhead were rescued alive after the accident, sources said.

Lieutenant (East Zone) Abdur Rauf of Bangladesh Coast Guard said on information they rescued the oarsmen alive from the sea.

The rescued oarsmen were provided with primary treatment and handed over to Chittagong Port Authority, he said.

However, the accident didn't cause any problem in movement of vessels to and from the Chittagong Port, sources said.

Mentionable, the stone-laden vessel was going to Bhasan Char from Shah Amanat Bridge area in the city.