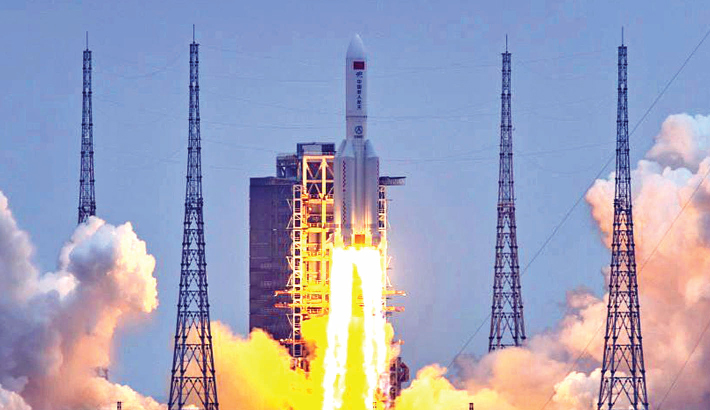 China launched the first module of its “Heavenly Palace” space station on Thursday, a milestone in Beijing’s ambitious plan to establish a permanent human presence in space, reports AFP.

Billions of dollars have been poured into space exploration as China seeks to reflect its rising global stature and growing technological might, following in the footsteps of the United States, Russia and Europe.

The Tianhe core module, which houses life support equipment and a living space for astronauts, was launched from Wenchang in China’s tropical Hainan province on a Long-March 5B rocket on Thursday, state television showed.

Chinese President Xi Jinping called the space station a key step in “building a great nation of science and technology” in a congratulatory message Thursday.

The Tiangong space station, whose name means “Heavenly Palace”, is expected to be operational by 2022 after around 11 missions to deliver more modules and assemble them in orbit.

Live footage from state broadcaster CCTV showed space programme employees cheering as the rocket powered its way through the atmosphere billowing flames from the launch site.