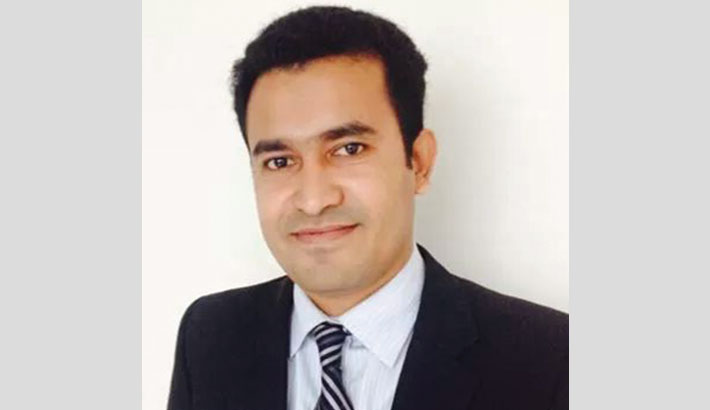 The Government observes April 28 as ‘the National Legal Aid Day’ every year since 2013 to emphasise the legal aid services and ensure access to justice across the country. Due to Covid-19 pandemic, last year and this year the day cannot be celebrated with great esteem and huge programmes. Legal aid is the assistance given to people otherwise unable to afford legal representation or access to the court. It is neither charity nor mercy; it is a right of the poor and underprivileged section of the society. Article 27 of the Constitution of the People's Republic of Bangladesh guarantees that “all citizens are equal before law and are entitled to equal protection of law”. Articles 33 and 35 also postulate that right to get justice and fair trial are fundamental rights.

Despite such provisions, many people are deprived of their constitutional rights of access to justice due to poverty. The present Government in 2000 introduced and enforced the revolutionary law of the Legal Aid Service Act, 2000, for ensuring the constitutional promise to rule of law and justice. The Government established the District Legal Aid Office in every District Judge Court of the country and appointed a Judge, Senior Assistant Judge or Assistant Judge as its officer. The core responsibilities of the District Legal Aid Officer (DLAO) is to mediate the dispute through alternative dispute resolution (ADR) between the parties, appoint lawyers for accused and complainant or victims, assist legal support in Civil suits to privileged people and give legal consultation and opinion without any cost. Building social awareness and keeping a role in extending access to justice in the society is also the responsibility of Legal Aid Services and Committees. In a nutshell, the Legal Aid Office is one of the key paths to extend and give access to justice to the people.

In our subordinate judiciary, backlog of cases is the core barrier to dispense speedy justice to the people. Up until March 2019, the number of pending cases in all courts stands at 3,582,347 and in the subordinate courts it is almost three million. From 2008 to March 2020, 15905661 cases had been filed and 13863250 cases had been disposed of in that time. Now almost 38 lakh cases are pending across the country, with almost 1800 Judges and Magistrates. It is pertinent that among the South Asian countries, Bangladesh has the least number of judges, and that is one Judge for every ten lac people.

The Ministry of Law, Justice & Parliamentary Affairs is exploring options to increase the use of Alternative Dispute Resolution (ADR) mechanism to reduce backlogs and delay in the court system. National Legal Aid Service Organization (NLASO) has started to explore how legal aid clients can get more benefit from ADR; therefore the Legal Aid Service Act (LASA), 2000 was amended in 2006 to include ADR as a legal aid service. In 2013, the Government empowered the District Legal Aid Officer (DLAO) to give legal opinion and settle the dispute through ADR by inserting section 21A in the Legal Aid Service Act-2000.

DLAO is empowered to mediate the disputes through legal process. The Government introduced the Legal Aid (Legal Consultation & ADR) Regulation, 2015 for effective mediation and ADR. There are two types of ADR such as pre-case mediation and post case mediation in the said Regulation. In such situation, the family matters, violence against women (VAW), dowry allegations and civil matters and suits can be solved very easily because the parties get a fair, impartial and comfortable environment as a Judicial Officer, who is also a Judge, settles the dispute with their consent evaluating the legal position to them. There is no troublesome situation or time consuming process; even they have no financial obligation to invest for getting the help.

DLAO can also issue a certificate of mediation that the party was interested to dispose of and the matter had been solved in the ADR process. The order of the legal aid officer will be treated as judgment and evidence in every court of Bangladesh. This window empowers legal aid offices to dispose of any petition primarily filed in the office as pre-case mediation and the pending cases are sent to be disposed of in the Courts. This process can be used as an effective tool to reduce the backlog of cases in our courts. To curb the backlog of cases in the courts, the Government has amended the Code of Civil Procedure 1908 (CPC) in 2017 to appoint the District Legal Aid Officer (DLAO) for ADR settlement through the courts in the post case mediation process by amending section 89A (1) and inserting District Legal Officer as ADR Officer.

The Ministry of Law, Justice & Parliamentary Affairs has taken some effective steps for ensuring ADR in the DLAO office through the Courts. In 2019, the said Ministry with consultation of the Supreme Court of Bangladesh issued a gazette notification and declared the work of DLAO as Judicial work. Now in 64 districts across the country, DLAO has shown a serious positive attitude and worked relentlessly on delivering service and conducting ADR to reduce the backlog of the court.

On 29 August, 2019 the NLASO ordered every District Judge to take initiatives to send civil suits to the legal aid officer for ADR. In the said order, it was highlighted that the ADR initiative is to reduce backlog in the courts. The Honourable Minister of Law and Justice stated that ADR in legal aid initiative is to curb the backlog of cases and the Government tries to solve the disputes through the ADR process on priority basis. Every Legal Aid Officer regularly conducts a good number of clients and entertains ADR meetings. Each office can solve almost one to five disputes through the ADR process and the pre-case mediation is very successful which is proved from the statistics.

On April 27, 2020 the Bangla Tribune had published a report in accordance with the information of the Ministry of Law and Justice that in the last 10 years the NLASO gave legal assistance to 5, 07,040 people across the country. Meanwhile, the organisation has recovered TK 35, 36, 13,422/- as award and compensation for litigant people through the DLAO offices and it helps in appointing penal lawyers and ADR process in disposal of 126,492 cases. 83,918 people have been supported providing legal assistance through national helpline 16430 in the last four years. Till October, 202064 legal aid offices disposed of 34373 cases and two labour cells resolved 2041 cases through ADR. In 2020, legal aid offices disposed of 9166 cases through ADR across the country.

These figures indicate that legal aid services have been increased and extended almost 3-4 times from its inception. It is also imperative and pertinent that the present Government enhances the capacity and budget of the NLASO to accelerate the service across the country. In 2009-10 financial year the budget of NLASO was only one crore taka but in 2019-20 the budget is 20 crore 50 lakh taka only. Last year the NLASO created 96 posts of support staff for legal aid offices. The Government has set up seven legal aid cells for labour in the seven divisional labour courts for giving legal support to labourers and conducting ADR to resolve the labour disputes.

Legal Aid Offices basically support and work for giving women legal support and assistance. Almost 70 per cent of activities of legal aid offices are about women’s rights and empowerment. Family disputes, violence against women and dowry matters are conducted seriously and sincerely by the DLAOs. Most of the cases are solved at the settlements of the DLAO. The Ministry of Law & Justice has experience of working with JICA of Japan for effective mediation and ADR. It is expected that the legal aid office will be a hub of ADR which can curb the backlog of cases in the courts.

The writer is a Senior Judicial