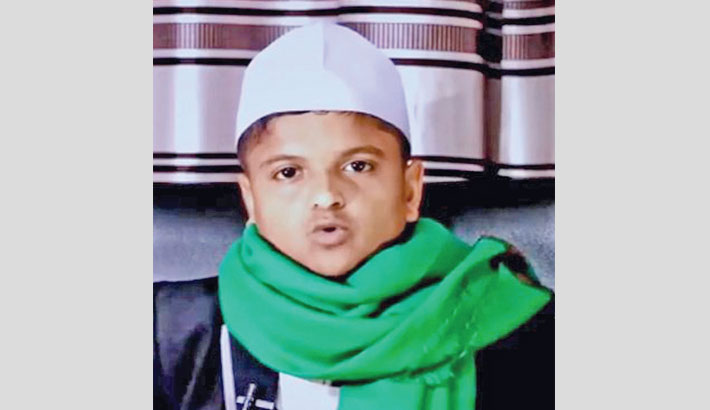 A Dhaka court on Wednesday placed Rafiqul Islam Madani, widely known as ‘Shishu Bokta’, on a nine-day remand in two cases filed with Motijheel and Tejgaon police stations in the capital.

Metropolitan Magistrate Abu Sufiyan Md Noman granted a four-day remand for Rafiqul Madani after the Detective Branch of Police produced him with a 10-day remand prayer in a case filed with Motijheel Police Station over the violence on March 25 this year.

Earlier in the day, Madani was shown arrested in the case after the DB of police inspector Md Kamrul Hasan Talukder submitted another petition.

The case was filed against 51 named and 200-300 unnamed leaders and activists of Hefazat-e-Islam with Motijheel Police Station on March 25 with charges of preventing policemen from discharging their duties.

Meanwhile, another Dhaka court on Wednesday placed Rafiqul Islam Madani on a five-day remand in a case filed with Tejgaon Police Station under the Digital Security Act on April 11.