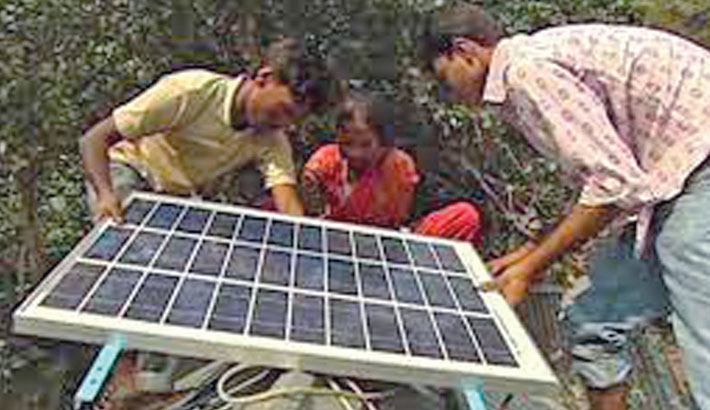 Otherwise, they say, they will be deprived of the benefit and face huge losses.

Official sources said IDCOL recently forwarded a proposal to the Bangladesh Bank seeking a write-off approval of Tk 306.41 crore default loans for its 39 POs. Its 44 POs have about Tk 1,400 crore in default loans.

They said these loans, provided by IDCOL, became default because of the government's fast grid power expansion programme.

"Grid electricity expanded to the off-grid areas that discouraged SHS consumers to pay back the loans they received from POs. Such unpaid loans finally made the POs defaulters in paying back the IDCOL," said a top official of a firm involved in the renewable energy programme.

IDCOL had distributed the loan after receiving funds from different donor agencies, including the World Bank.

According to World Bank's latest data, an estimated $1,094.93 million was invested in the HSH project to provide electricity to about 20 million people - which means about $266 per household.

Of the investment, 63 percent came from the World Bank, 14 percent from the Asian Development Bank and 12 percent from the Japan International Cooperation Agency.   The entire fund was distributed by IDCOL as a soft loan which resulted in saving Bangladesh $1,852 million while providing clean energy since 2003, says a recent World Bank survey.   It said the project helped households gain $745 million, partner organisations $310 million and the IDCOL $379 million while the government's net benefit was $474 million, said the donor agency.

Solar industry insiders said the SHS programme was launched by IDCOL in 2003. In the last 18 years, over 5.5 million solar home systems were installed.

They said that there was a tripartite partnership to the financial model under which IDCOL provided about 70 percent of the total cost of installing the SHS as soft loans to the POs, while the remaining 30 percent was invested by the POs and the customers themselves.

Under this arrangement, officials said, about Tk 4,500 crore was provided by IDCOL to the POs and the programme was running very well, illuminating the country's off-grid areas.

"The project was successfully running as the repayment by the POs to IDCOL was excellent," said a top official of a leading PO.

But the SHS programme started facing serious setbacks in 2015 with the aggressive and advanced grid-electricity distribution programme, mainly driven by the Rural Elctrification Board (REB).

Officials said as soon as SHS customers receive grid-electricity from REB, most of them uninstalled their solar systems and stopped repaying their loans to the POs.