Safe Water for All: Bangladesh Perspective 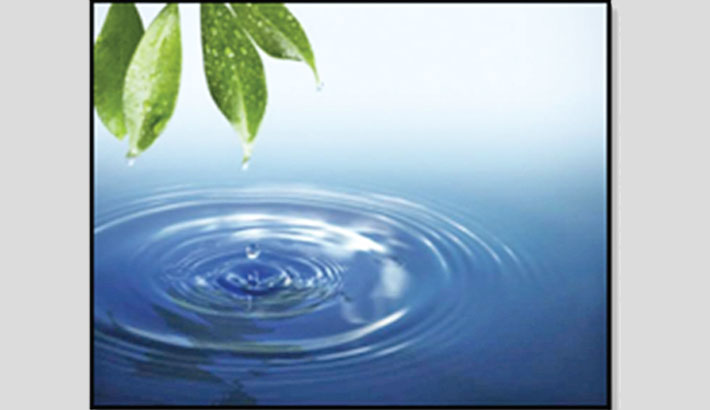 Water is a tasteless, odourless, colourless and inorganic chemical compound. Although water does not provide any nourishment to animals or plants, there is no substitute for water to manage the internal biological processes of the body. Another name for water is ‘life’. Just as pure water saves life, at the same time using contaminated water can endanger life. Water is polluted as a result of various unwanted and unhealthy changes in our environment. The structural, chemical and biological compositions in water which adversely affect the living community is called ‘‘Water Pollution’’. In other words, water contamination is when water becomes completely or partially unusable by humans. Direct or indirect human activity is responsible for water pollution. There is no substitute for safe water for a healthy and safe life. There are rivers and canals are spread like a net in our country. There is no shortage of water in the country, but there is a shortage of ‘‘safe water’’.

About 71 per cent of the world is made up of water and only 29 per cent is land. About 95 per cent of this 71 per cent water is seawater, which is unsuitable for human use due to salinity. Rivers, canals, lakes, haors, ponds and springs are the main sources of water for human consumption. The amount of water available in these sources is about three per cent and the amount of groundwater is about one per cent of the earth's surface water. As a result of people's daily activities, industrialisation and urbanisation, our water bodies are constantly getting polluted.

About 1400 people die every day in the world due to lack of safe drinking water. In the developed countries of the world, water pollution is considered very important and necessary laws are enacted to maintain the quality of water. Despite the existence of such laws in our country, there are very few examples of their applications. A report titled "Asian Water Development Outlook-2018" prepared by the Asian Development Bank shows that river water is becoming polluted in Bangladesh along with other 48 countries in the Asia-Pacific region. In this report, Bangladesh's position in terms of national water security has been mentioned as getting risky. The condition of both the surface and subsurface water of Bangladesh is turning bad. The risk of groundwater extraction is also high in Bangladesh.

Our country is a riverine one, more than 230 rivers are scattered all over the country. The water resources in our country are the infinite mercy of the Creator, as most of our agricultural production is dependent on the rivers. About 70 per cent of our water is used in agriculture. Since agriculture is our major economic sector, it is vital to remedy water pollution. Water pollution is a man-made problem, so people have to take all the necessary steps against it.

Man-made Causes of Water Pollution: Weedicides, pesticides, chemical fertilisers used in agricultural lands are washed with irrigation, rain, or floodwater and contaminate the water of ponds, rivers, canals and beels. Chemicals, metals and other impurities from leather industries, fertiliser factories, oil refineries, paper mills, rayon industries and textile factories are directly discharged into the natural water bodies polluting them. Waterborne vessels and oil leakages contaminate the rivers. Water is polluted due to discharge of radioactive waste into the rivers. Use of open toilets contaminates the water bodies by mixing faeces and urine with rainwater. This kind of lack of awareness is common in rural areas. Water is polluted by plastic, polythene and various products thrown in the water. Throwing household dirt and garbage into the water pollutes the water. Washing of clothes in closed water bodies (e.g. ponds, lakes) contaminate the water with alkaline soaps and detergents. Water is also polluted due to the construction of illegal installations and dams on or near the water channels. Acid rain lowers the pH level and alkalinity of the water in the reservoirs. Lack of proper implementation of existing laws in controlling water pollution is observed in many cases.

Natural Causes of Water Pollution: As a result of increasing salinity, there is loss of drinkable water. This problem is becoming more and more evident in the southern part of Bangladesh. Arsenic contamination and the presence of harmful elements in groundwater may also occur due to natural disasters. The effects of water pollution falls on the whole environment, although it directly affects aquatic fauna. At the same time agricultural production, fisheries resources and normal human life are being damaged due to water pollution. After reviewing the causes of water pollution we can see a dire impact on the environment as there is a shortage of potable water and our agricultural production is highly affected. As the water becomes turbid, the sun's rays cannot enter into the water and green food is not produced in the water. The effects of water pollution greatly reduces the production of most aquatic food, mainly ‘’plankton’’. As a result, food shortages indirectly affect the variety of aquatic resources. The number of different microorganisms and parasites has increased and various diseases of aquatic animals are spreading. When the number of microorganisms increases, Oxygen deficiency occurs. Studies have shown that the optimal amount of oxygen in water is 6.5 to 8 milligrams per litre. When this rate decreases, the fish dies.

Phosphate used in raw soap and detergents increases the production of algae and aquatic plants in the water at an alarming rate. As a result, normal fish production, navigation, irrigation and power generations are disrupted. The Aquatic Food Cycle is a special subject to be considered. As a result of this food chain being broken, the aquatic ecosystem is damaged which upsets the balance of the environment. Mosquito breeding increases in contaminated water. This leads to an increase in mosquito-borne diseases such as dengue, malaria, filariasis, chikungunya fever, etc. Drinking contaminated water causes various types of water-borne diseases such as typhoid, cholera, diarrhoea, jaundice, etc.

Remedial Measures: By observing the consequences of water pollution in-depth, it can be said that this is not a problem to be considered lightly. It is important to take preventive and remedial measures before the severity of water pollution exceeds the limits. The first is to identify the main reasons why water pollution is currently occurring; then work on each identified cause to prevent or remedy it. Since this is turning into a national problem, the people and the government of the country have to work together to address it. No permission should be given to set up mills on the banks of rivers and other water bodies. Illegal installations built on water bodies need to be demolished soon. No industrial wastes should be discharged directly into the water. Waste should be separated from the water through specialised tunnels and kept in septic tanks. Moderate use of pesticides, herbicides, and fertilisers in agricultural land should be ensured. Owners of water-powered boats, launches and steamers must be banned from dumping oil waste in the water. At the same time, a monitoring team has to be formed to check and prevent it. Avoid defecation in the open and ensure 100 per cent sanitary latrine facilities all over the country. Household rubbish, disposed plastic, polythene, packets of various products should not be thrown into the water. Carbon, Sulphur, Nitrogenous compounds should be depleted in the right place at regular intervals without obstructing nature. Drainage lines should not be placed directly into the reservoirs.

The “Environmental Pollution Control Ordinance” of 1976 (which is a variant of the Water Pollution Control Ordinance of 1980) and the existing law entitled “Bangladesh Water Act of 2013” need to be fully implemented. If necessary, new laws have to be enacted in this regard and necessary amendments may be made to the existing laws. All the organisations which are responsible for polluting water should be held accountable and appropriate measures should be taken by the authority.

Chlorination Process can destroy the harmful microorganisms present in the water and help in turning reservoirs into sanctuaries for aquatic animals. Encourage people to use purified water following the process of sedimentation and electro dialysis. To get rid of arsenic contamination, deep tube wells have to be dug and water should be used after necessary testing. Releasing sewage waste into water bodies must be stopped. Treating waste water will reduce the toxicity. Toxic chemicals like Cadmium and other such elements are absorbed by water hyacinth cleaning the water. Water pollution can also be controlled by precipitation, the ion exchange process, reverse osmosis and coagulation. Our industrial activities need to follow the reverse logistics system which entails reusing, reducing and recycling (3R) of waste. This will certainly help in overcoming the adverse effects of water pollution.

Water pollution not only affects the water but also the environment, the ecosystem, the fauna and so on. Human pollution, unhealthy lifestyle and lack of awareness are the main reasons for water pollution. The government alone can't solve this problem by enacting laws and imposing fines. The people of all classes and professions of the country should help in preventing water pollution. Though the other name of water is ‘‘life’’ but it turns into death, if it is not safe and pure. We have to continue our campaign under the banner ‘‘Safe water for all’’. The country's print and electronic media and other government and semi-government organisations can play a vital role in this drive. Various initiatives undertaken by the present Government are really praiseworthy. As a conscious citizen, we all should work hand in hand to reduce water pollution. Only then can we ensure ‘’safe water for all’’.