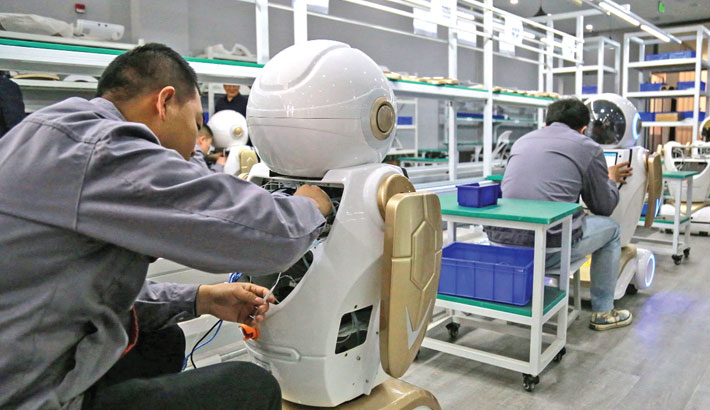 A worker is checking a robot to be exported to the Middle East at the Chuangze robot factory, which manufactures the machines for the education, medical, and domestic services industries, in Zhangye in China's northwestern Gansu province. 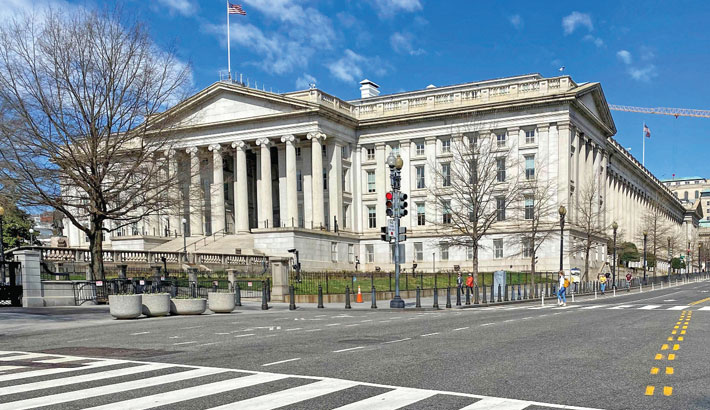 In the file photo taken recently shows the US Treasury Department building. The US Treasury rolled back a Trump-era accusation against Switzerland and Vietnam of manipulating their exchange rates to gain a competitive trade advantage, saying recently there was "insufficient evidence" for the charge. 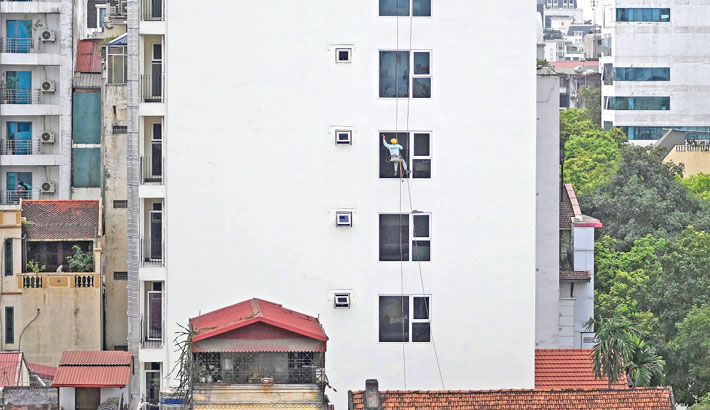 A worker cleans glass windows at a hotel in Hanoi recently. 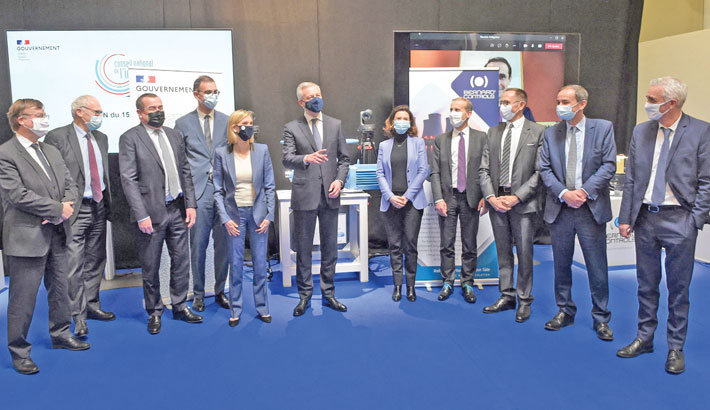 French Economy and Finance Minister Bruno Le Maire (C) and French Junior Industry Minister Agnes Pannier-Runacher (5th L) pose with members of the Nuclear Strategic Industry Committee at the end of a meeting at the French electric servomotor manufacturing group Bernard Controls, in Gonesse, on the outskirts of Paris recently.