Laid to rest at Banani 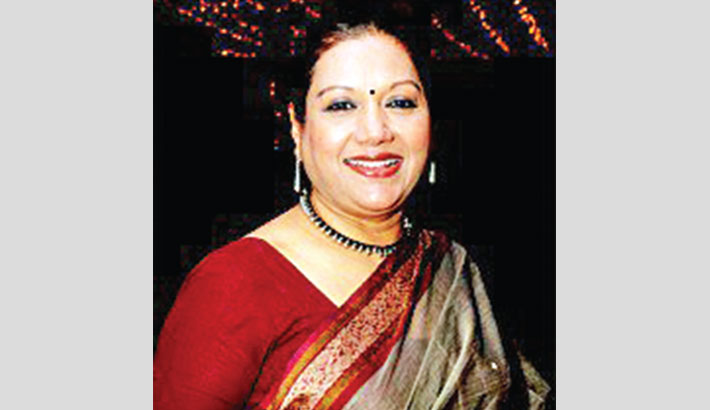 Legendary film actress Sarah Begum Kabori passed away at a hospital in the capital on early Saturday, drawing curtain on her four decades’ bright acting career in Bangla cenema. She was 70.

screen died at Sheikh Russel National Gastroliver Institute and Hospital around 12:20am after losing battle against Covid-19.

A pall of gloom descended on the country’s cultural arena following the death of the National Film Award-winning actress. Kabori was also a former lawmaker.

She was laid to rest at Banani Graveyard in the capital with state honours following Namaj-e-Janaza after Juhr prayers.

They also prayed for eternal peace of the departed soul and conveyed deep sympathy to the members of the bereaved family.

In a condolence message, the President recalled the contributions of Kabori in the field of country’s film industry.

Kabori was a shining star of Bangla cinema and her death is an irreparable loss to the country’s film industry, he said.

“People of the country will ever remember her (Kabori) with due respect for her leading role in promoting Bangla films and culture,” he added.

In her condolence message, the premier said Kabori was one of the brightest stars in the country’s film industry and her contributions to politics and cultural arena will ever be remembered.

She also prayed for salvation of the departed soul and conveyed deep sympathy to the members of the bereaved family.

Later, she was shifted to the Intensive Care Unit (ICU) at Sheikh Russel National Gastroliver Institute and Hospital on April 8.

As her condition deteriorated, she was put on life support at the hospital on April 15.

The 70-year-old actress had also been suffering from kidney complications for a long time. Her lungs also had been severely damaged after contracting Covid-19.

Kabori was born at Banshkhali in Chattagram on July 19 in 1950 as Mina Pal.

She made her film debut with ‘Sutorang’ in 1964 under the direction of the country’s prominent director Subhash Dutt.

She received many awards and accolade, including the National Film Awards, Meril-Prothom Alo Lifetime Achievement Award, for her brilliant performance.

Besides acting in films, she was also active in politics. In 2008, Kabori was elected Member of Parliament (MP) from Narayanganj-4 constituency with Awami League ticket.

People from all walks of life as well as leaders of different political parties and socio-cultural organisations expressed their shock and prayed for eternal peace of the departed soul.