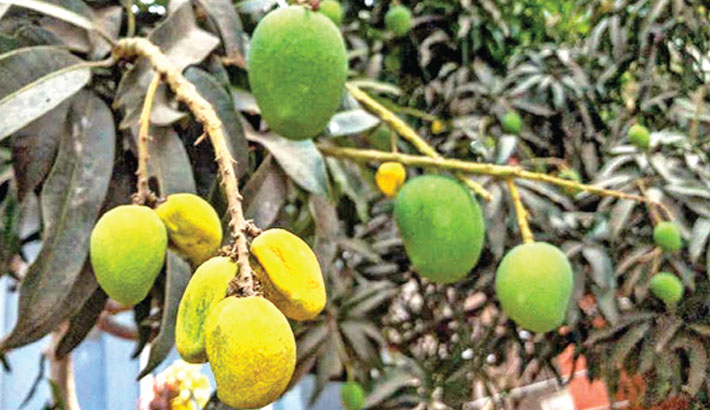 RAJSHAHI: Normal livelihood of the region, particularly of the vast Barind tract, is being affected badly due to the ongoing sultry weather that is being experienced by the people, reports BSS.

An uneasy situation is prevailing everywhere.

During the last one week, the mercury remains between 35 degrees to 39 degree Celsius, said ASM Gausuzzaman, Senior Observatory Officer of Rajshahi Meteorological Office.

He also said there is no rainfall here since February last except 7.4 millimeters on April 11 last.

Regarding the scorching heat, the Met Office sources said people will get no respite from the hot weather until rainfall is experienced in the region.

He said mango trees in his area had initially blossomed well, but many of the mangoes had become victims caused by prolonged sultry weather.

“We are cursed with the devastating Norwester early this month,” said Abul Hossain. The mango growers of Chapainawabganj and Rajshahi are worried as the number of trees bearing fruits is adequate.

Expressing apprehension a number of growers said despite massive sprouting in the very beginning of the season, production of mango might fall this year due to scanty rainfall coupled with norwester and hailstorm which caused massive dropping of growing mangoes.

The mango growers and traders here have become frustrated and they are concerned as a large number of green mangoes have been torn from the trees by the prolonged drought-like condition and recent nor’westers and hailstorms.

The unfavourable weather follows the earlier unexpected rainfall accompanied by hailstorm which had caused many green mangoes to fall before ripening properly.

Farmers told the agency that the dropping of green mangoes would reduce production, particularly in the two districts if the adverse situation prolongs for the next couple of weeks.