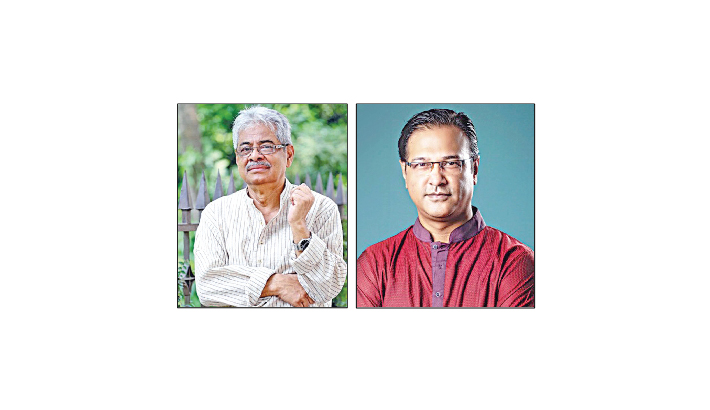 Popular singer Asif Akbar has lent his voice to a new song titled ‘Eid-Mubarak’. Eminent lyricist, film director and producer Gazi Mazharul Anwar has written the lyrics of the song. Promising singer Maya Moni has sung with Asif in the song.

The song will be released on the occasion of upcoming Eid-ul-Fitr.

The music composition and arrangement of the track have been done by Shamim Mahmud. In the meantime, the shooting of the music video of the song has been completed at Bangladesh Film Development Corporation (BFDC). AK Azad has directed the big-budget music video.

Along with Asif and Moni, models Shahil Talukdar Iran, Shumaiya Khandakar, Jeet feature in the video.

About the song, Gazi Mazharul Anwar said, “Asif is one of the most talented singers of the country. He has always been amused his audience with his powerful voice. The song ‘Eid Mubarak’ has been made for the upcoming Eid festival. I hope the audience will like the song.”

Asif said, “Gazi Mazharul Anwar is a living legend. It’s a great honoured for me to be lending my voice to his song. The lyrics of the track are very beautiful. I can say it will be a ‘dhamaka’ song for Eid.”

Gazi Mazharul Anwar has penned more than 20,000 songs in his illustrious career, while singer Asif Akbar has gained immense popularity all over the country with his hit songs over the years.