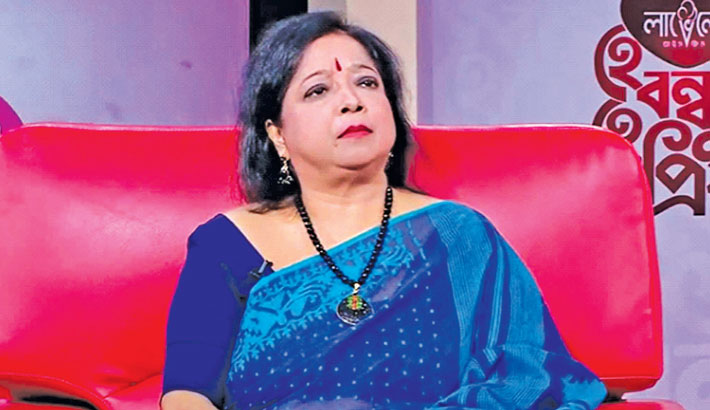 Mita Huq, a renowned Rabindra Sangeet singer, who won the hearts of music lovers with her soulful performances, has passed away. She breathed her last at a hospital in the capital at 6:20am on Sunday with coronavirus-related complications.

Born on September 6, 1962, Mita Huq was the wife of renowned actor Khaled Khan and niece of Tagore researcher Wahidul Huq.

The demise of Mita Huq left a void in the country’s cultural arena. Her co-workers, fans and people from all walks of life mourned the death of the artiste.

Mita Huq began her musical journey at a very early age. She received her training from music maestros Wahidul Huq, Sanjida Khatun and Ustad Mohammad Hossain Khan. At the age of eleven, she participated in the International Children’s Festival in Berlin. Later in 1976, she started taking formal music lessons from tabla player Mohammad Hossain Khan.

The singer was a regular performer in Bangladesh Television and radio since 1977. She was listed as the highest grade artiste of the Bangladesh Betar.

Mita Huq was the Founder Director and Teacher of the Music Training and Performance Group, Shurotirtha and was the Head of the Department of Rabindra Sangeet at Chhayanaut. She was also the General Secretary and Vice-President of the Rabindra Sangeet Shommelon Parishad.

Mita Huq is survived by her only daughter Farhin Khan Joyita.