Tipu for joint efforts with Nepal to face post-pandemic challenges 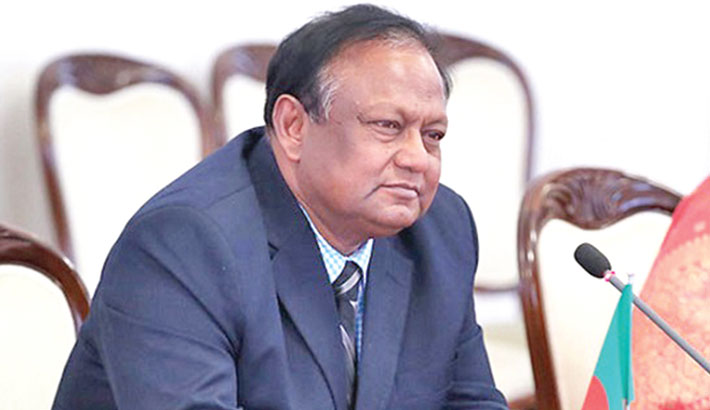 Commerce Minister Tipu Munshi on Saturday called for concerted efforts by both Nepal and Bangladesh in facing the challenges in the post pandemic world order.

Tipu made the call while delivering the keynote speech virtually from here at the 55th Annual General Meeting (AGM) of Federation of Nepalese Chambers of Commerce & Industry (FNCCI) held at Hotel Soaltee Crowne Plaza at Kathmandu on Saturday.

The 55th AGM of FNCCI was inaugurated by the Prime Minister of Nepal KP Sharma Oli and attended by ministers, politicians, diplomats, government officials and members of the business community, reports BSS.

He also gave an outline of the development strategies pursued by the government of Bangladesh in the last 12 years which helped the country to graduate from the LDC category much earlier than expected, said a press release.

In his address, Tipu mentioned that the recent remarkable socio-economic development in Bangladesh was the result of the macroeconomic management and inclusive development policies pursued by the government of Prime Minister Sheikh Hasina.

Bangladesh’s success stories in women empowerment, growth of Small and Medium Enterprises (SMEs) and integration in the international labour market are now recognized as models for development by the world community, he added.

“As a result of prudent policies of the government, the economy experienced steady growth in the last one decade. Even during the pandemic, Bangladesh attained remarkable economic growth as a result of timely intervention of the government by expanding the social safety net outreach and extending stimulus packages to keep the economy up and running, the minister said.

He also highlighted the potential challenges of LDC graduation and the measures taken by the government to absorb the impending shocks.

Tipu said that in an effort to face the challenges following the erosion of preferential treatments in the post-graduation period, Bangladesh is attaching the highest importance to regional cooperation.

The country is implementing a number of mega projects and pursuing a policy of private public partnership in building infrastructures which is likely to increase the business competitiveness of Bangladesh in the post-graduation period, he added.