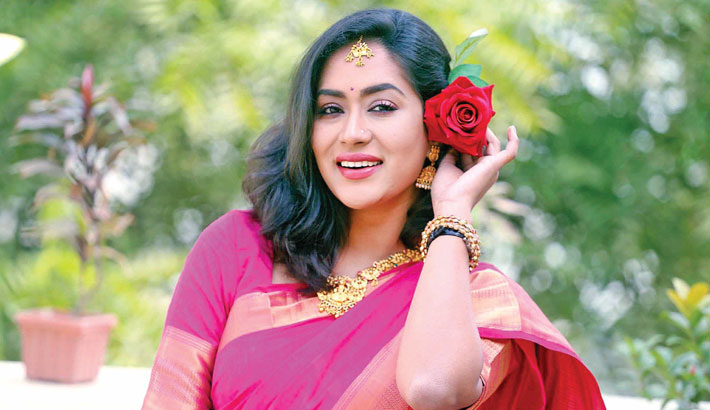 National Film Award-winning actress Zakia Bari Mamo has appeared in many television dramas with various characters in her 16-year acting career. Now, the versatile artiste will be seen as ‘Pori’ in a single episode drama.

The title of the drama is Pori. Written by Junayed Rashid, the drama has been directed by Morshed Himadri Himu. The shooting of the drama took place at the Old Dhaka on April 1 and 2.

About the drama, Mamo said, “The story of the drama is amazing. The drama has been made based on the story of a girl named ‘Pori’. I’ve played the title role and tried my level best to portray myself according to the character. The other cast in the drama also have worked hard for the drama.”

“Besides, Himadri Himu bhai is a talented director. He has made the drama with utmost care. I hope the audience will enjoy the drama very much”, she added.

Actors Mahmudul Islam Mithu, Imtiaz Borshon, Monirul Islam and others will also be seen in the drama.

The drama will be aired on Ntv on the occasion of upcoming Eid-ul-Fitr, said Zillur Rahman Jewel, producer of the drama.

Zakia Bari Mamo is a model and actress of the country. After winning the Lux Channel i Superstar beauty pageant in 2006, she came to limelight and got a chance to act in ‘Daruchini Dip’. For her role in her debut movie, she received the Bangladesh National Film Awards.  Now, she is one of the popular faces on the small screen.

On the work front, Mamo’s latest movie ‘Sfulingo’ was released on March 26. He is receiving huge positive response for her role in the movie. She has also completed shooting of web series ‘Mohanagar’. Directed by Ashfaq Nipun, Mosharraf Karim will be seen opposite Mamo in Mohanagar.