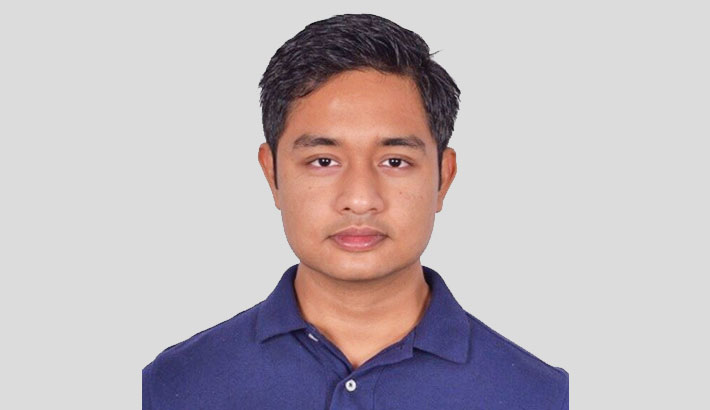 There is no way around it; the government of Bangladesh needs to ban Hefazat-e-Islam. It is a dangerous religious extremist group that is an existential threat to Bangladesh. They want to turn Bangladesh into a Taliban state and destroy our culture. The government of Bangladesh has failed to control them through appeasement. While all schools and colleges remain closed, the institutes owned by Hefazat-e-Islam are open during the Covid-19 pandemic. History has taught us that appeasing fascists does not work. The only way to confront fascists is to face them head on.

The ban of Hefazat-e-Islam will not work unless we end their source of power and influence, Qawmi Madrasas. During the golden age of the Islamic civilisation, madrasas were centres of knowledge and culture. They preserved the knowledge of Greeks, Romans, Egyptians, and Indians and expanded on their work. These madrasas debated philosophy and pioneered medical treatments as well. However, can we honestly say Qawmi Madrasa can do the same now? The answer is of course not. Qawmi Madrasa is a corruption of what madrasas used to be and what they can be again.

Successive governments of Bangladesh had effectively ignored the development of madrasa education as they mostly attracted the students from low-income families, and orphanages and are run by Islamic organisations or the madrasa itself. The recent violent street protest and terrorism are a result of that negligence. The government needs to transform Qawmi Madrasas into Alia Madrasas. They need to include madrasa teachers under monthly pay orders. They should make sure that science, mathematics, history, and information technology are being taught at these institutes. The government needs to end the abuse of children taking place in these madrasas. We need to ensure that everyone in Bangladesh has access to the quality education. 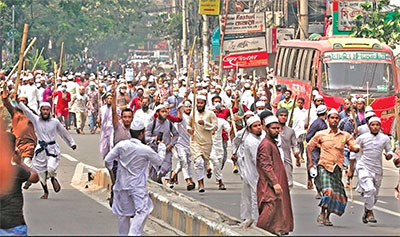 The government needs to take back the concessions they had provided to Hefazat-e-Islam; which should not have been provided in the first place. It means returning the works of minority and secular authors to the textbooks under the national curriculum. The government needs to remove all recognition of degrees from Qawmi Madrasas; excluding those who already have passed. Only degrees from Alia Madrasas should be recognised and their quality should be ensured by the government.

Hefazat-e-Islam, like Hamas, is using children as human shields by bringing them to protests. Teachers are like guardians to children especially in boarding schools like madrasa. The madrasa teachers instead of protecting the children are taking to them to dangerous riots. Hefazat-e-Islam’s violent views are at odds with the peaceful practice of religion and tolerance Bengal is known for.

Activists of Hefazat-e-Islam are attacking homes and temples of minorities, government offices, and security officers. They are speaking against and destroying sculptures of the Father of the Nation Bangabandhu Sheikh Mujibur Rahman. They are attacking memorials to Bangladesh Liberation War because they represent the same religious extremists who opposed the liberation of this country. Leaders of Hefazat-e-Islam need to be arrested and charged with sedition. The government needs to investigate their finances to discover who has been funding their activities. Their madrasa in Hathazari needs to be closed down permanently.

We cannot talk about the issue of Hefazat without talking about the mismanagement of the madrasa education system in Bangladesh. Banning Hefazat would be a good first step but we need to reform and improve madrasa education in Bangladesh. The government needs to allocate funding for madrasas and improve their quality. Madrasa education can be very beneficial for the country if it receives the proper patronage. Banning Hefazat-e-Islam and tackling religious extremism is the only way we can prevent our country from becoming a failed state.

The writer is an international relations

consultant and can be reached through mahirabrar.com