50 Years of Glory and Pride 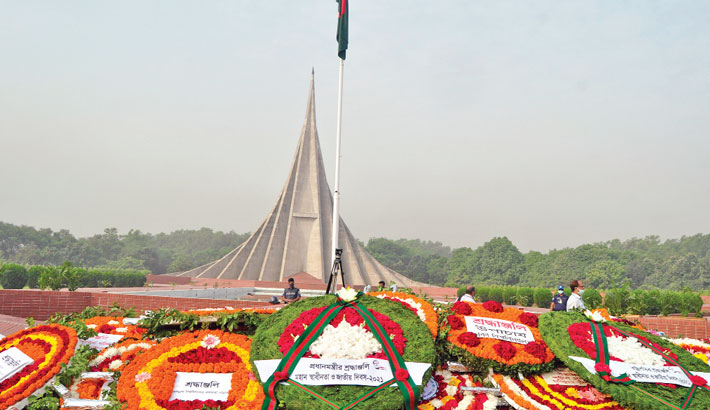 Different socio-cultural organisations, political parties, professional and autonomous bodies and educational institutions pay rich tribute to the martyrs of the Liberation War on Friday, marking the golden jubilee of independence.

(1) Wreaths of flowers are placed at the altar of the National Memorial in Savar. 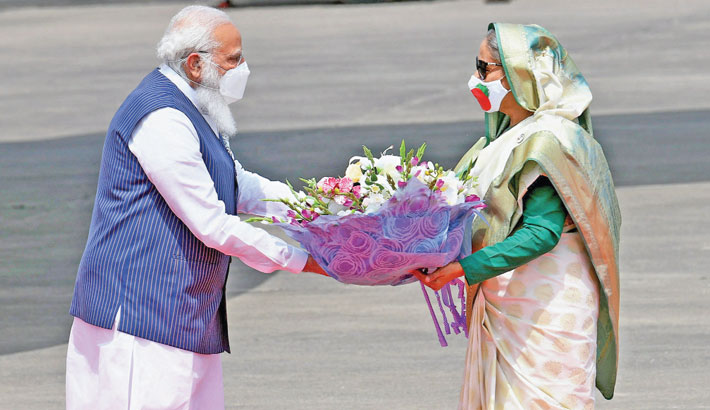 (2)  Prime Minister Sheikh Hasina welcomes her Indian counterpart Narendra Modi by presenting him with a bouquet at the VVIP tarmac of the Hazrat Shahjalal International Airport. 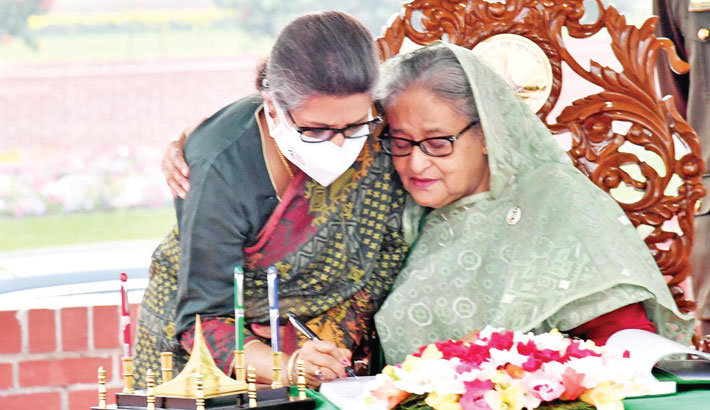 (3) The prime minister witnesses the signing of the visitors’ book by her younger sister Sheikh Rehana at the National
Memorial in Savar on the outskirts of the capital. 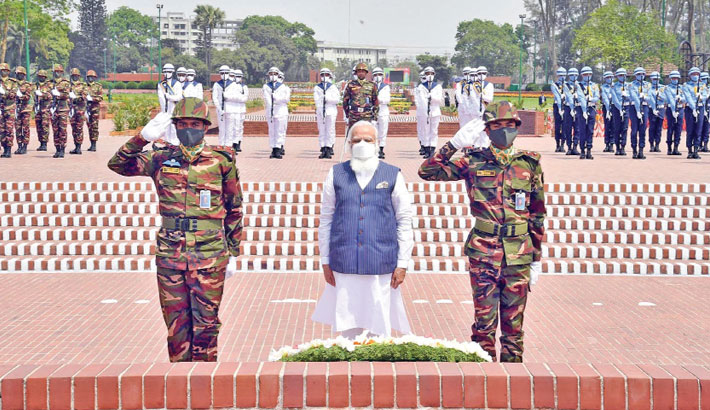 (4) The Indian prime minister pays tributes to the martyrs of the 1971 Liberation War at the National Memorial in Savar. 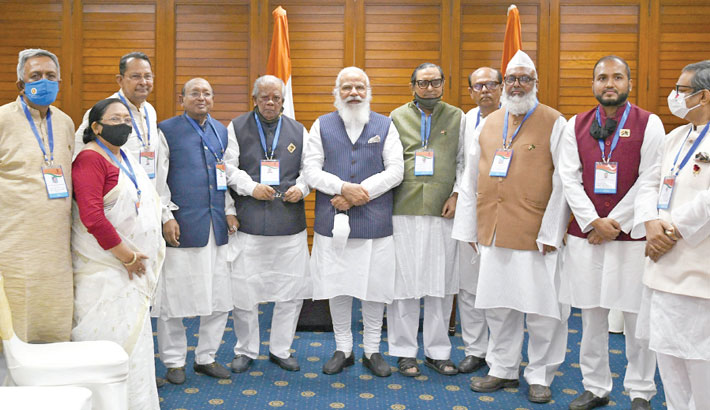 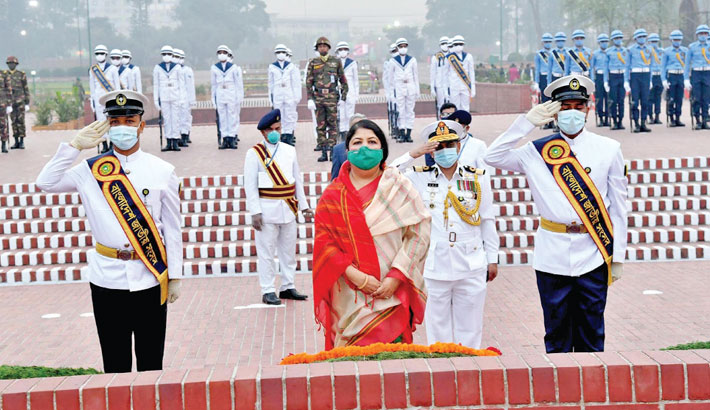 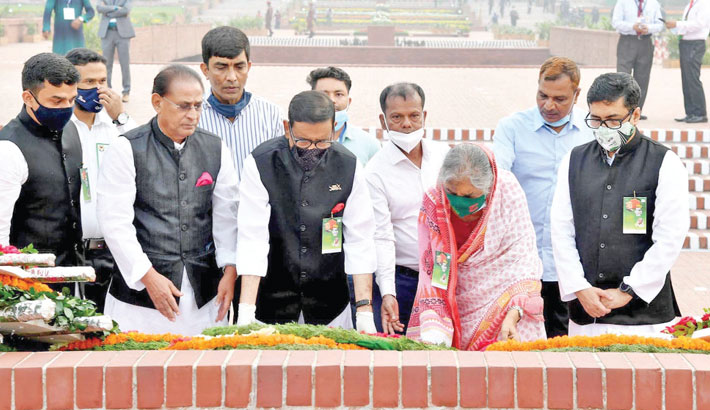 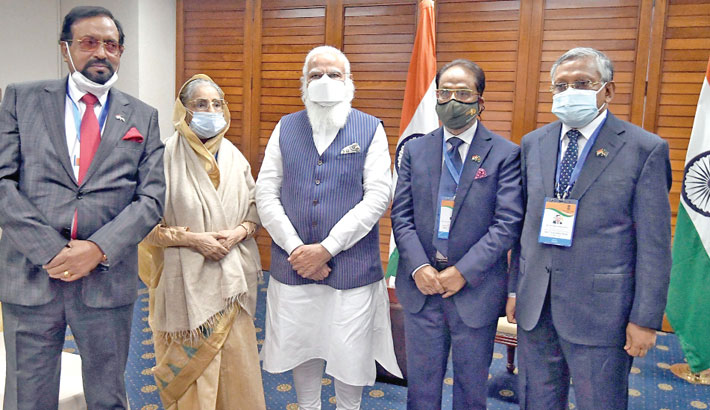 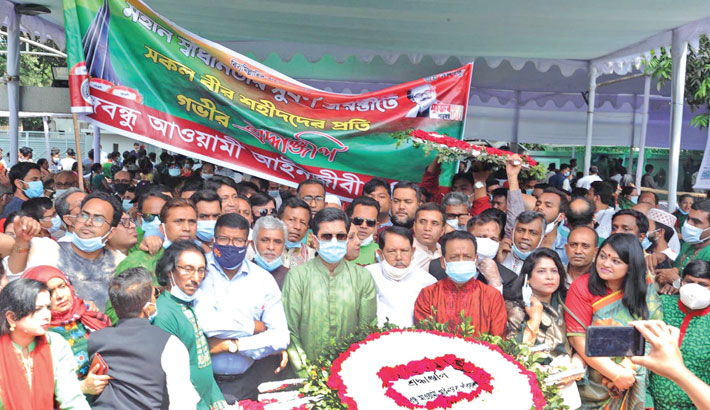 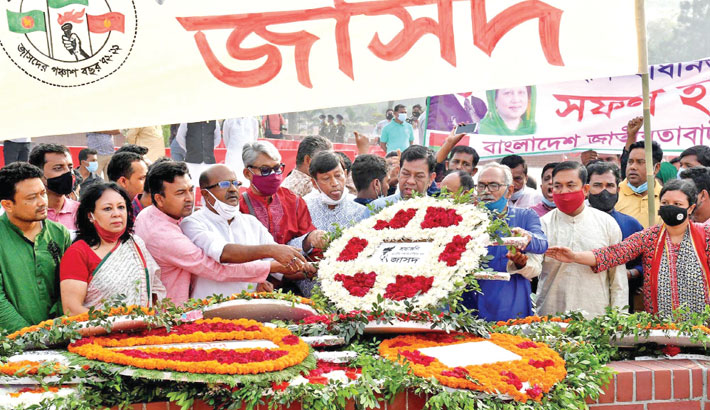 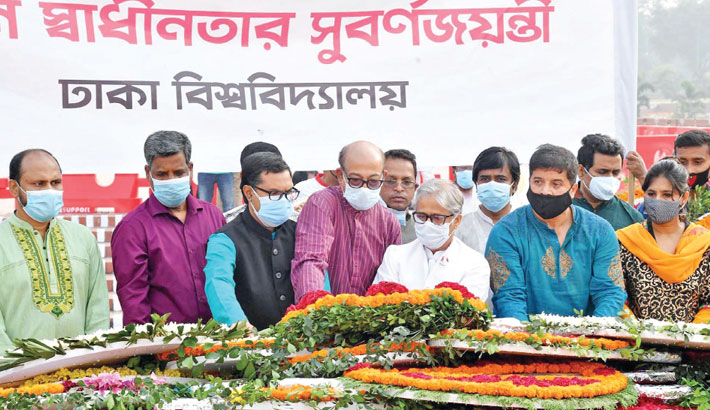 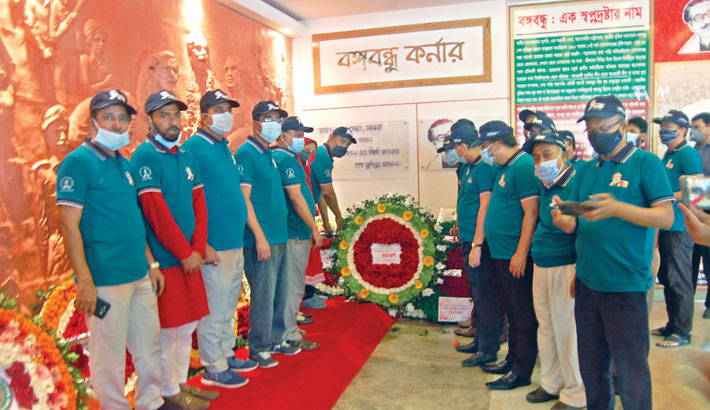 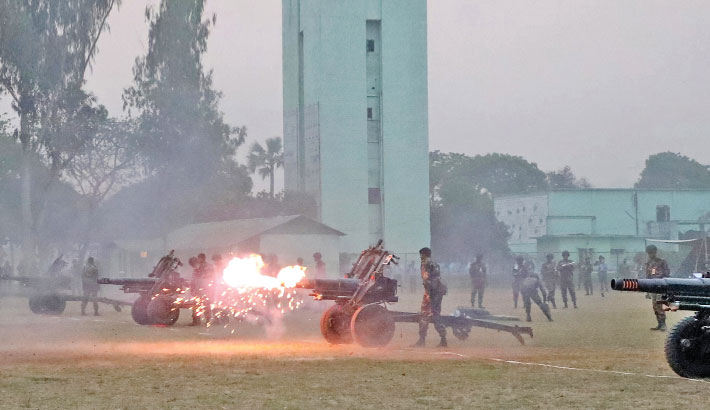 (13) Army personnel fire 50 shots from cannons at the Mirpur
Cantonment, 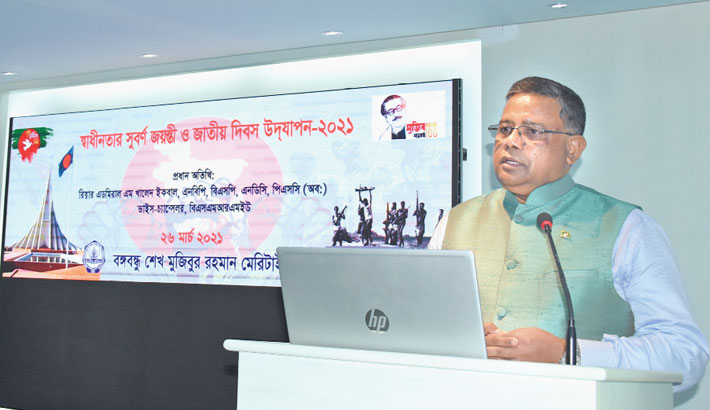 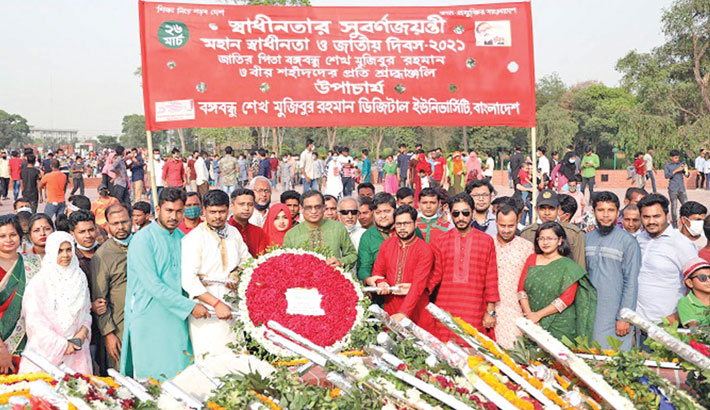 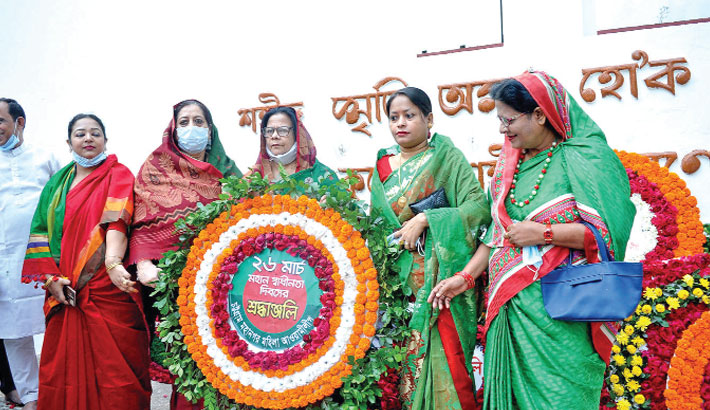 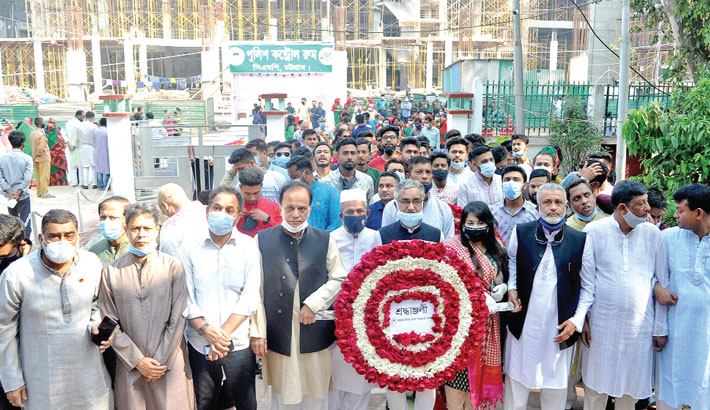 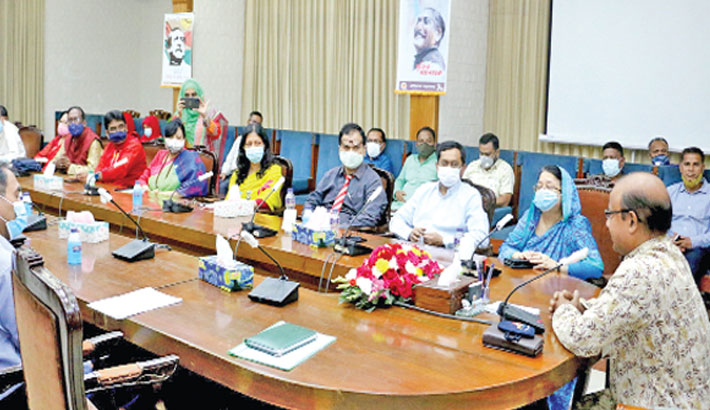 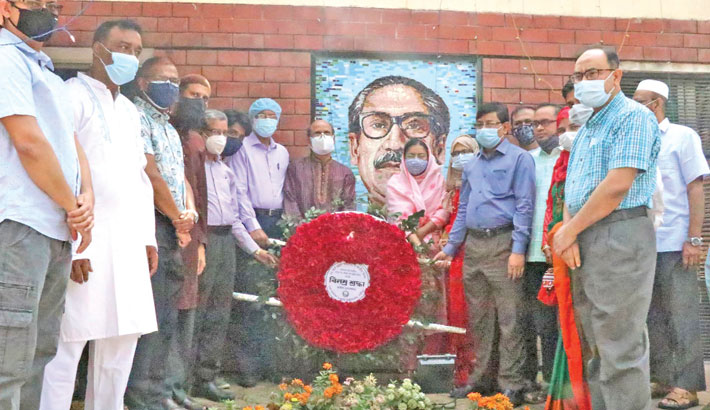 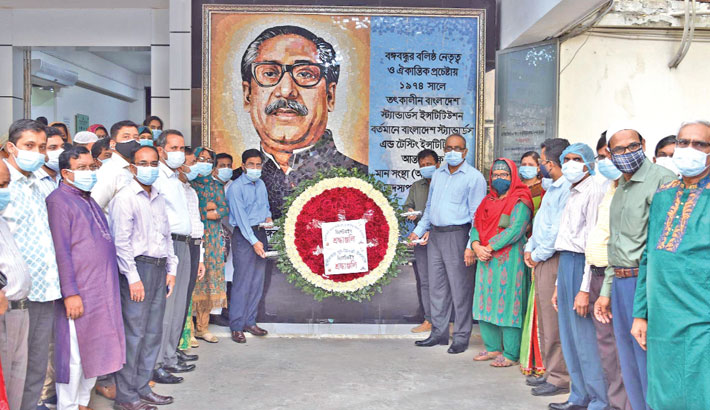 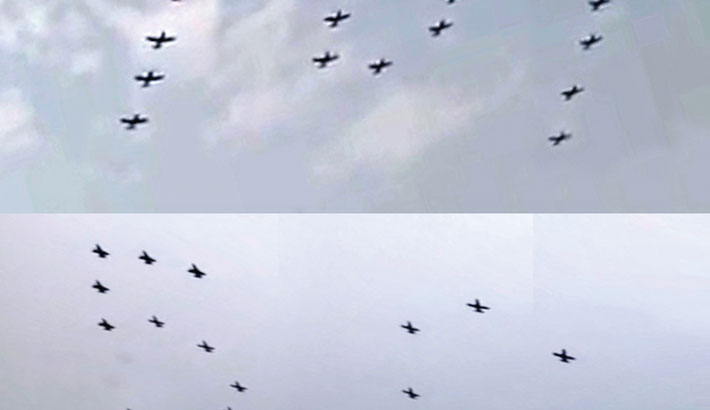