How Far Have We Come since Independence? 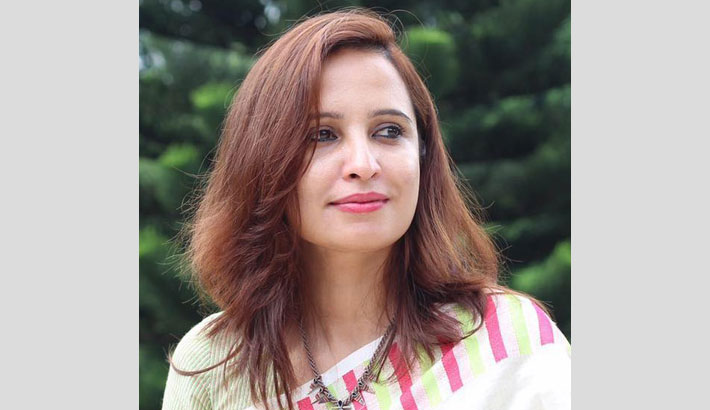 The month of March 2021 carries special significance for Bangladesh, as we are observing the birth centenary of the Father of the Nation Bangabandhu Sheikh Mujibur Rahman and the golden jubilee of Bangladesh’s independence on this very month. Bangabandhu and Bangladesh are inseparable, because under his visionary leadership we achieved our cherished freedom through struggle and nine months of war against the Pakistani army. History reveals that Bangladesh would not have been born, if Bangabandhu had not been born.

Though it is impossible to narrate the vast work of Bangabandhu in limited words, we can shed light on his major political works and achievements to get a clear idea about his aspirations. During the Language Movement of 1952, Bangabandhu played a leading role in demanding that Bengali must be made an official language.Under his dynamic leadership a secular Bengali nationalism was developed which paved the way for the emergence of Bangladesh.

While speaking at the Constituent Assembly of Pakistan in June 1955, Bangabandhu opposed the name of East Pakistan and called for naming the province as East Bengal. In the same speech he also demanded regional autonomy of East Bengal. Bangabandhu, being the general secretary of Awami League, resigned from his cabinet post in 1957 with the aim to focus on the political activities of the party. This shows his devotion and commitment to people rather than desire for power. Bangabandhu was arrested several times for opposing the oppressions of the Bengalis by the Pakistani rulers, but that could not hinder his aspirations to fight for the emancipation and autonomy of the oppressed Bengalis.

Bangabandhu developed the historic six-point program in 1966, the charter of freedom of the Bengali nation, which designed the pathway for the 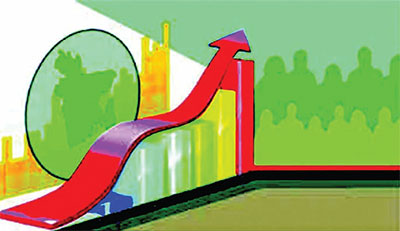 independence of Bangladesh. Later in a meeting held on December 5, 1969, Bangabandhu declared that the name of our land shall be Bangladesh, not East Pakistan. In the general election of December 1970, the Awami League led by Bangabandhu won an absolute majority. The election results projected mass support for the six-point demands and undoubtedly it expedited the emancipation of the Bengalis. On March 7, 1971 Bangabandhu delivered his historic speech at the Racecourse, which was in essence a declaration of our independence. The speech also provided guidelines for the future endeavours and directions on the liberation war. On the night of March 25, the Pakistani army started committing genocide against the unarmed innocent Bengalis and in the early morning of March 26, Bangabandhu officially declared the independence of Bangladesh. Under the visionary leadership and direction of Bangabandhu, we got our cherished country in exchange for the life of 30,00000 martyrs and rape of 2,00000 women.

Bangabandhu took initiatives to make the Parliament effective immediately after returning to Bangladesh from a Pakistani Jail. A Constituent Assembly was formed for framing the Constitution of Bangladesh through the Presidential Order of 1972. The Constitution of the People’s Republic of Bangladesh was adopted in the same year. Framing the Constitution within such a short time was undoubtedly a huge achievement and exemplary for all the democratic countries across the globe. The Constitution guaranteed equality of all citizen, human dignity and basic human rights and articulated secularism, democracy, nationalism and socialism as the State principles. Realising the bitter experience of communalism and abuse of religion during the Pakistani regime, freedom of religion, expression, non-communalism and non-persecution of the religious minorities were guaranteed in the Constitution of Bangladesh. Moreover, Bangabandhu ensured equality of men and women in the Constitution and provided assurance for their equal participation at all sphere of the state and public life.

Bangabandhu worked for the reconstruction of the war-ravaged country and its economy. He established Freedom Fighter’s Welfare Trust in the war-ravaged country for the rehabilitation of the families of the martyred, wounded freedom fighters and the refugees returning from India. Bangabandhu also took measures for the welfare of the poor, disadvantaged people and the women who were raped during the war. He introduced various programmes to expand primary education, food, healthcare, water and electric supply. Bangabandhu adopted development plans for agriculture, industry, culture, health, tourism and communication. He initiated land reforms for increasing agricultural production, installed irrigation equipment and removed taxes for up to 25 bighas of agricultural land. A number of plans were introduced to boost the economy, including setting up a banking sector governed by the Bangladesh Bank and a Planning Commission which came up with a five year comprehensive plan (1973-78).

As recognition of extraordinary contribution to the struggle for attaining the rights of the oppressed humanity as well as for promotion of world peace, the World Peace Council awarded Bangabandhu with the ‘Joliot Curie Medal of Peace’ in May 1973. Bangabandhu took pragmatic initiatives to build diplomatic relations with the aim to consolidate Bangladesh’s position in the international arena and Bangladesh achieved membership of the United Nations on September 16, 1974. He announced the Second Revolution roadmap in a speech delivered on March 26, 1975 at the Suhrawardy Uddyan. Bangabandhu also provided specific plans for mobilising the intellectual, cultural and economic resources to attain the targets of the revolution.

Bangabandhu dreamt of a prosperous Bangladesh free from poverty, hunger, corruption and exploitation. Dominant literature on the period from 1972-1975 reveals that despite the enormous socio-economic problems faced by the war-ravaged country, the baseless propaganda of the opposition, national and international conspiracy, Bangabandhu laid the foundation stone of the socio-economic development of Bangladesh. The remarkable progress that Bangabandhu made in only three and half years was halted by his brutal killing in 1975. Repeated bloodshed and assassination, conspiracy of the anti-secular and anti-liberation forces and undemocratic rulers have severely hampered the post 1975 development.  After a long period of instability, deprivation and lack of good governance, Bangladesh moved towards progress and peace with the onset of Awami League Government under the dynamic leadership of Bangabandhu’s worthy successor Honourable Prime Minister Sheikh Hasina. The tenure of Awami League Government in 1996 to 2001 under the leadership of Sheikh Hasina marks the beginning of renewed hope for Bangladesh which culminated in the last one decade of her rule.

Today, Bangladesh stands as the fastest growing country in Asia. The growth rate stood at 8.15 per cent during 2018-19, which was over 7 per cent in the previous three consecutive years. The growth target for 2019-20 financial year was set at 8.20 per cent, but due to the spread of Covid-19 pandemic the growth rate was 5.24 per cent. Nonetheless, this growth rate stood higher compared to other Asian and many developed countries. The per capita income of the country has risen to US $2064. The rate of poverty has gone down remarkably, from 40 per cent in 2005 to 20 per cent in 2019.

Average life expectancy has risen above 72 years which was 47 years at the time of independence. Our literacy rate has gone up to 74.7 per cent and 98 per cent students are attending primary schools now. Although we have limited agricultural land, now we are self-sufficient in food production. Maternal mortality rates have declined and child mortality has dropped from 149 in 1990 to only 53 in 2020. According to the World Bank survey published on October 29, 2020, in terms of global remittance inflows Bangladesh ranks 8th among the top 10 countries and 3rd among the SAARC countries. The foreign exchange reserve is now over 41 billion US dollar.

Bangladesh has also gained extraordinary successes in the sporting arena - the Under-19 Cricket Team became the world champion, the women cricket team won the Asia Cup Cricket title. Bangladesh has witnessed revolution in the IT sector and is now marching towards complete digitalisation. The country has also achieved a revolution in the field of infrastructure - the railway communication network is being expanded nationwide, the Padma Bridge is nearing completion, the metro-rail and the Payra deep seaport is underway. Achievements in the field of preventing environment degradation and climate change are also praiseworthy. Let alone in the Mujib Year, 1,00,00,000 trees have been planted across the country. 50,000 houses have been provided for the homeless to ensure habitation for all and 100 per cent electrification in the country is being ensured. All these manifest our tremendous success in the arena of economic and social development. Today we can claim that much of Bangabandhu's dream of building a golden Bengal has come true. Bangladesh has made remarkable progress in multiple facets in the last 12 years. The vision that has inspired our leaderships in the last decade was actually visualised long ago by Bangabandhu. The works and legacy of Bangabandhu have undoubtedly inspired the Honourable Prime Minister Sheikh Hasina to take subsequent challenges for the betterment of the people.

Today Bangladesh is ranked second in the world in garments exports, third in production of freshwater fish, fifth in production of mutton, fourth in paddy output, seventh in mango production, third in production of vegetables, third in export of leather and leather goods and first in jute export. Bangladesh is far ahead of the neighbouring countries like India, Pakistan, Myanmar and Nepal in some of the indicators. Bangladesh attained most of the goals of the MDGs, and in 2015 the country has been promoted to the status of a lower middle-income country from a low-income country.  In February 2021, Bangladesh fulfilled all three criteria to graduate from a least developed country to a developing country, for the second time since 2018. Bangabandhu’s legacy and work set the benchmark that gave a sense of direction and encouragement to the present Government to pursue what appeared impossible to many. Bangladesh is now on the verge of becoming a developed and prosperous country, as desired by Bangabandhu.

Already Bangladesh has gained international recognition for its achievements in social and economic indicators. During a virtual discussion organised by Dhaka University, the Nobel Prize winner economist Amartya Sen said that in the field of socioeconomic progress Bangladesh has become an example for other countries to follow. On October 17, 2020 the India Express stated that the economic structure of Bangladesh is taking the country forward. Nicholas Kristof, the Pulitzer Prize winner columnist, wrote on March 19, 2021 in the New York Times that the Biden Government can learn from Bangladesh about the poverty reduction strategy. He also stated that Bangladesh’s investments in human capital created a dynamism that the world can learn from.

Apart from the socio-economic developments, Bangladesh has made considerable progress in the arena of governance and rule of law. The major achievement of the Awami League Government remains the completion of the trial of Bangabandhu’s assassination. The trials of the war criminals started amid national and international conspiracy and few war criminals have been executed by the Hasina led Awami League Government. These trials demonstrate the establishment of rule of law in Bangladesh. Holding elections at regular intervals from 2008 onwards indicates that the formal aspect of democracy has been established. Accountability of the State institutions, freedom of religion and expression has been maintained considerably, manifesting prevalence of substantive aspects of democracy.

On the occasion of Bangladesh's golden jubilee and Mujib Year, we celebrate with pride the achievements that our country has made since independence. But we still have a long way to go and work together to build the Sonar Bangla of Bangabandhu. The anti-liberation forces and vested interest groups are continuously working to diminish our achievements, we have to be vigilant about this. The clutches of communal attack on the Freedom Fighters and religious minorities at Sunamganj on Bangabandhu’s birthday, prior to the golden jubilee of our independence has stained our glory, achievements and secular ethos. Any kind of communalism, atrocities and undemocratic behaviour has to be addressed with united efforts. We have to build resistance against those who seek to hinder the progress of the country through false propaganda and violence. Unity of the pro-liberation and progressive secular forces which ensured our victory in 1971, has to be forged once again to ensure that every citizen gets the benefits of our freedom.