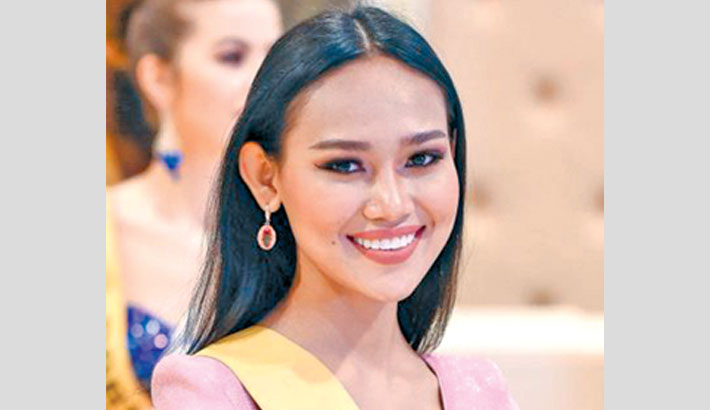 A commitment to “world peace” might be a beauty pageant cliche, but as blood spills in the streets of Myanmar, Miss Grand International contestant Han Lay made a plea on Thursday to end the violence in her homeland, reports AFP.

The Myanmar junta has unleashed deadly violence as it struggles to quell nationwide protests against the February 1 ouster and arrest of civilian leader Aung San Suu Kyi. Han Lay, in Bangkok competing for the Miss Grand crown against 63 other contestants, hit out at the crackdown, in which more than 280 people have been killed.

“I want to say from here to the world: please support the Myanmar people,” she told Thailand’s Khaosod English news outlet.

“So many people die in Myanmar by the guns of the military... Please save us.”

The psychology student said some of her peers had been detained since the coup.

“Students from the University of Yangon, my university, were also detained,” she said on her Instagram page.

“In a democracy, it is important that we can speak. Our voices must be heard. But now we have no freedom in Myanmar. It is a human rights violation. Release our students.”

During the pageant’s national costume contest on Wednesday, Han Lay’s golden outfit channelled “Goddess of Peace,” according to her Instagram account.

“Our Myanmar people are walking on the streets to fight for democracy. As a representative of Myanmar I will walk on the stage of Miss Grand International with the (message) stop the war and violence,” she wrote on her Facebook page.

Her social media posts are a mix of graphic photos and footage from the unrest back home, protest messages and photos of herself wearing ballgowns.

The winner of Miss Grand International will be announced Saturday in Bangkok.