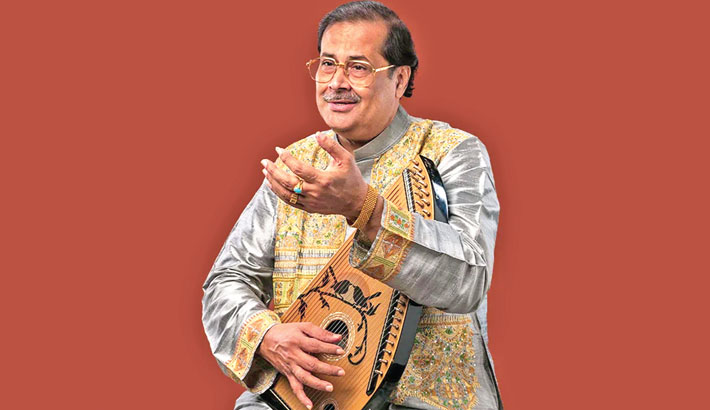 Globally acclaimed Indian classical vocalist Pandit Ajoy Chakrabarty has composed a raag named ‘Maitree’. The raag, which has been dedicated to Father of the Nation Bangabandhu Sheikh Mujibur Rahman, included all elements of Maitree as well as India-Bangladesh friendship.

It is a newly composed raag having both traditional and classical rules of Raga music. The song ‘Maitree’ is the combination of two raags (Abhogi and Hemanta). For the first time Ajoy Chakrabarty has made such kind of raag.

Ajoy Chakrabarty will perform the composition in presence of both the honourable prime ministers of Bangladesh and India on March 26 at the closing ceremony of grand celebrations of the birth centenary of Bangabandhu and the golden jubilee of country’s independence.

In a video message, Pandit Ajoy Chakrabarty said, “The occasion of the 50th Independence of Bangladesh and the completion of 100 years of Bangabandhu Sheikh Mujibur Rahman are mentioned in all these compositions. It’s a historical programme to be held in presence of Bangladesh PM Sheikh Hasina and Indian PM Narendra Modi. This unique attitude of friendship of both the countries is also mentioned in the lyrics.”

Pandit Ajoy Chakrabarty is an Indian Hindustani classical vocalist, composer, lyricist and Gurudev. He is considered to be one of the proverbial figures of Indian classical music. He has also dominated for other major classical genres of India especially - Indore, Delhi, Jaipur, Gwalior, Agra, Kirana, Rampur and even Carnatic music in South India. He was given Padma Bhushan Award, the third highest civilian award in India in 2020.