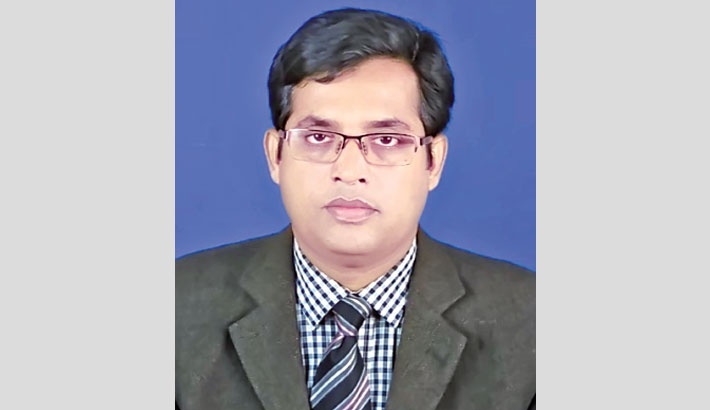 March 2021 marks the birth centenary of the Father of the Nation and the golden jubilee of the country’s independence. The country has attained phenomenal success in numerous fields over the past fifty years. However, the intensity of positive attainments was considerably higher in the last decade under the Awami League government led by Sheikh Hasina. Therefore, the country has emerged as an Asian tiger in terms of its growth. There has been a substantial leap in the country’s per capita income which crossed US$ 2000 in 2020, and the growth of the GDP has continued gradually. Given the rapid growth of the economy, we could attain more than 5 per cent GDP growth in 2020 amid Corona Pandemic, while many giant economies have endured a negative growth rate. Bangladesh has also attained tremendous success in social metrics and thereby overshadowed other South Asian countries, including India. Being influenced by Bangladesh's development in different sectors, the Noble Laureate Amartya Sen highly proclaimed its growth in many of his writings.

The month of March carries immense significance as we have commemorated the significance of Bangabandhu's 7th March speech, his birth centenary, and the golden jubilee of our independence. The countrymen have also received one of the cheerful news this month which is UN CDP's recommendation favouring Bangladesh's graduation to the developing country status. The happiest part is that the country has successfully qualified in all three criteria; those are considered prerequisites for coming out as a developing country. In each of the categories, our attainments were well ahead of others.

Bangladesh's geopolitical significance has grown to a high level. The geographical location has made the country an important actor in regional geo-politics. For instance, the country bears enormous significance in the Asian highway project. Though it is yet to link with the Asian Highway, it will eye on linking with that to create avenues for revenue generation. Even the country has immense potential in the field of transit and regional connectivity. Though the government has offered India rail and road transit and ports, they must envisage expanding with Nepal, Bhutan, China, and countries like Japan and Australia, who are also keen to connect with Bangladesh.

By launching the implementation of mega-projects such as Padma Bridge, Metro Rail, Karnaphuli tunnel, and elevated expressways, the government demonstrated its credibility in fostering the country's development. During the Covid-19 pandemic, when most of the gigantic economies failed to maintain their momentum, the government was found to be remarkably successful in tackling the challenges triggered by the pandemic.  Even the government of Bangladesh had put a special incentive package into action to benefit various sectors of the economy, one of the world's largest. They have offered adequate assistance to the needy sections of the society during the lockdown.

The government have also managed adequate corona vaccines for the citizens when more than 130 countries struggle to manage the same for their citizens. Appreciation must go to Sheikh Hasina, whose credible and prudent leadership has helped the country reach such a height of economic development and emerge as an Asian tiger. She has also been hailed by many of the international organizations for her competent leadership. In recognition of her success in the management of corona, Commonwealth has chosen her as one of the world's three most inspirational leaders.

No one can deny that the government has attained adequate success in the economy and social sectors in the past decade. However, some sectors require immediate attention as failure of them could negatively affect the government's promising attainments in other sectors. For instance, since after taking over power in 2019 for the third consecutive terms, the government has been expressing its pledge to show zero-tolerance against corruption. They also took actions against people involved in the casino business, forgery during the corona pandemic and money laundering. However, these initiatives got interrupted in specific contexts once they began. Therefore, the government should continue its anti-corruption efforts. This success would allow the government to become trustworthy and motivate most compatriots to vote for them in the next election.

The government should also pay attention to the higher education sector as it is considered the nation's backbone. The misconduct and incompetence of Vice-Chancellors of most of the public universities have been extensively debated. In some cases, we have witnessed that a few VCs have challenged the government and its administrative machinery while defending their wrongdoings. Such audacity of these VCs is not at all acceptable. Therefore, it was expected that the government would take exemplary actions against the corrupt VCs. Unfortunately; we are yet to take any actions against them. Decisive actions against the corrupt VCs would save not only the concerned educational institutions but also create a positive image of the government among all actors involved in the education sector. Even the government should remain careful while deciding on someone's recruitment as the VCs and Pro-VCs of public universities. The candidates’ academic excellence and administrative capacity must be considered. If non-deserving candidates are appointed in the significant posts, they would not be able to perform positively for enhancing the quality of education. Instead, they would get involved in different corrupt practices, including exploiting the recruitment process and the construction work.

The government should also keep an eye on the infiltrators in administration and political parties. We have witnessed the domination of infiltrators in different sectors in the past few years. This would side-line the dedicated supporters in administration and party politics, and would generate apathy among them who ultimately would not remain active in politics and administration. The government should also consider publicizing its attainments over the decade. The majority of the population living in rural areas are not aware of many of the government's credible attainments. Therefore, once they would receive an update on these attainments, they would feel encouraged to extend their support to the governments in its entire endeavour.

Our Prime Minister has been working relentlessly to materialize the dream of Bangabandhu to establish a "Sonar Bangla". In her efforts to set-up a "Sonar Bangla", she has attained many of her goals. However, she could have achieved more success had she obtained wholehearted cooperation from all the people responsible for managing different sectors. Therefore, she should also remain vigilant while recruiting people in different administrative positions. We have already been recommended for graduation into a developing country and anticipate becoming an upper-middle-income country by 2031 and a developed country by 2041. Therefore, the Prime Minister should launch her new voyage at the 50 years of our independence, where there will be no corruption in politics and administration. If she could make it happen, the establishment of "Sonar Bangla" will be a reality shortly.