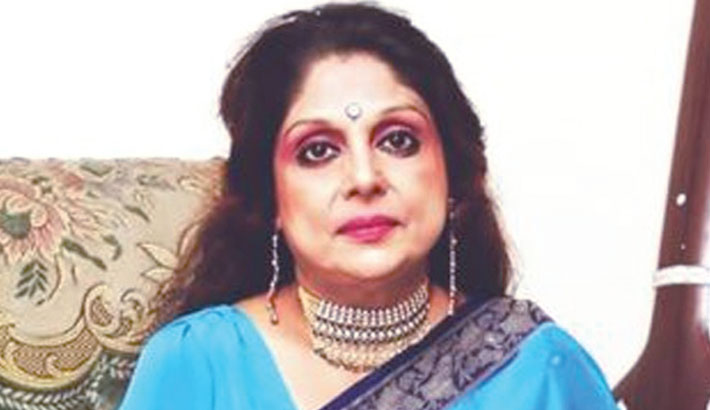 Today is the 2nd death anniversary of country’s one of the most popular singers Shahnaz Rahmatullah.

Shahnaz Rahmatullah, the singer who made great contributions to Bangla music, and won the hearts of millions over the years, passed away on March 23 in 2019.

She debuted in singing at the age of 11, as a playback singer for the film ‘Notun Sur’ (1963).  She first performed on television in 1964. She sang in Bangladeshi and Pakistani films. She mostly sang modern (Adhunik Gaan) and patriotic songs. In the late 1960s and early 1970s, she sang patriotic songs such as Sohni Dharti Allah Rakhe and Jeevay Jeevay Pakistan.  She released an album with Samina Chowdhury called Megh Roddur on which she sang six songs composed by Shafiq Tuhin.  She released four albums in total.

Four of Rahmatullah's songs were selected in a BBC survey of 20 greatest Bangla songs of all times.

She was the recipient of the Ekushey Padak in 1992 and Bangladesh National Film Award for Best Female Playback Singer for the film Chhutir Phande (1990).

The singer died on 23 March in 2019 of a heart attack at her residence in Baridhara at the age of 67.