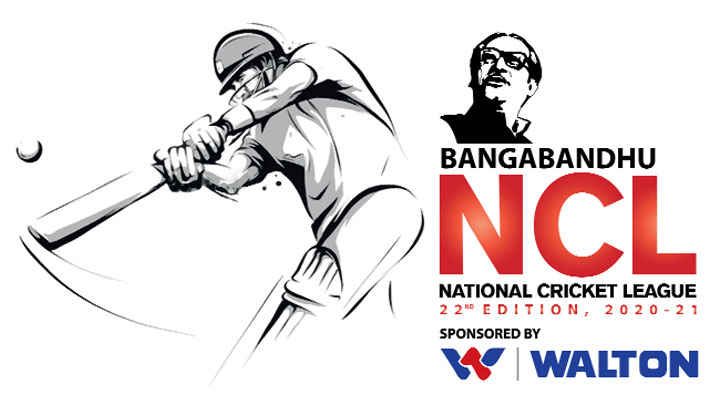 Domestic cricket returns to Bangladesh in full form as Bangabandhu 22nd National Cricket League will start at different venues of the country today.

Last year champions Khulna will lock horns with Sylhet at Sheikh Abu Naser Chowdhury Stadium in Khulna while runners-up Dhaka will take on Rangpur at BKSP 4.

In the other matches, Rajshahi to face Chattogram at their home venue while Dhaka Metro to meet Barishal at their own den.

Bangladesh Test probable to start their preparation for the Sri Lanka tour with the upcoming NCL, the country's traditional first-class competition.

BCB failed to stage the NCL last season due to the COVID-19 pandemic but after hosting two domestic tournaments successfully - BCB President's Cup and Bangabandhu T20 - the board has decided to start this edition of the competition from today.

While it will be a platform for the national cricketers to prepare for the upcoming tour of Sri Lanka, it will be a comeback tournament for all-rounder Nasir Hossain, who is eyeing to make a comeback to competitive cricket following his knee injury.

“It feels great, as we are finally getting to the field, after around one year gap, so I’m hoping for the best and looking forward to the tournament,” said Nasir.

“As this NCL is my comeback series, so I’ll look forward to scoring a good amount of personal runs, as there would be six matches in total, so I’d want to score at least 800-1000 runs from those matches,” he said adding that he is eyeing to recover from the injury by playing in the competition.

“The injury I had suffered from, still haunts me, as up to this date, I’m still concerned about it. I’m trying to continue playing, as it can be healed throughout the gym and the running sessions,” he concluded.