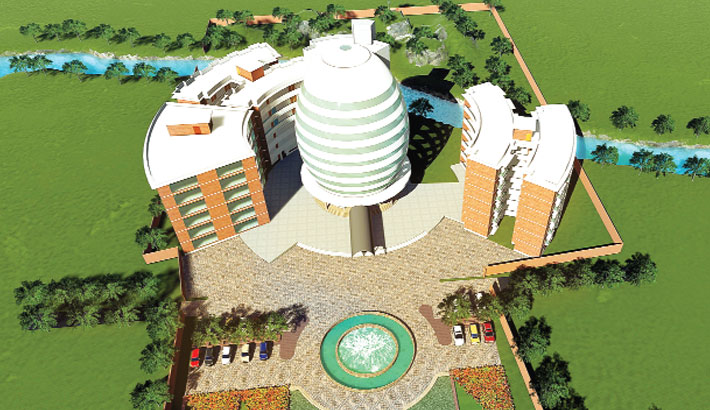 China has established a strong and important ground to lead the world in the fourth industrial revolution (Industry 4.0), which includes the development and use of automation, robotics, smart cities, 3D printing, big data, artificial intelligence, and the internet of things (IoT), according to various studies.

Hi-tech parks in China have made a significant contribution to China's mission of technological advancement.

Since the first hi-tech park opened in Beijing in 1988 to contribute to the national economy, China now has 169 hi-tech parks, majority of which were built after 2010.

Some are industry-specific parks, with a focus on agriculture, electronics, information technology, new materials, biotechnology, and medicine.

These parks have helped China in becoming self-sufficient in terms of technology transfer from overseas, as well as nurturing and encouraging the growth of local businesses.

Furthermore, the plan to build high-tech parks across China is an important part of the strategic policy of "Made in China 2025." In this regard, the new high-tech parks continue to support the government's plans to position China as a global leader in science and technology.

China also runs industrial development zones, some of which are high-tech parks, in a number of neighboring countries, including Pakistan, Kyrgyzstan, Russia, Vietnam, Indonesia, Laos, Thailand, and Cambodia, as well as further afield in Indonesia, Belarus, Hungary, Egypt, Nigeria, Zambia, and Ethiopia.

Electronics, information technology, textiles, equipment manufacturing, energy, and agriculture are among the major focus areas of the overseas development zones.

China's national-level overseas industrial zones have been developing new development plans through international capacity cooperation at various levels since the formation of the Belt and Road Initiative (BRI).

For example, improving infrastructure that the host country may not be able to provide on its own, and lowering barriers to globalization for local businesses.

Multinational cooperation for infrastructure development and technology transfer has a significant impact on the dynamics of technological growth.

It is common knowledge that technological development in newly industrialized countries is primarily accomplished by learning from foreign technology and receiving aid rather than investing in costly and time-consuming indigenous R&D.

Cross-border cooperation facilitates the accumulation of new technology expertise and the building of innovative capacity in developed countries such as Bangladesh. Bangladesh should learn from China to extend its expertise for high-tech zone development because of their close proximity and long-standing relationship.

Hi-tech parks can be an important piece of infrastructure for governments in developed countries like Bangladesh who want to ensure long-term growth. As a result, with the goal of achieving sustainable development and ensuring a sustainable business climate in Bangladesh through the proliferation of technology, the government is working tirelessly to create a nationwide tech innovation ecosystem by establishing high-tech parks.

Nearly 70 thousand tech-savvy youths are expected to be employed as a result of these high-tech parks, according to projections.

As a result, China is currently leading the world in AI, big data, Fintech, block chain, IoT, robotics engineering, and tech device manufacturing such as laptops and smart phones, all of which are main areas of focus for Bangladesh's upcoming hi-tech parks. It would be prudent to formally request technical assistance from the Chinese government in this respect.

Furthermore, the Bangladesh government should take the necessary steps to entice Chinese tech companies to invest in the hi-tech parks. Needless to say, the government of Bangladesh must overcome the obstacles posed by an un-favourable business climate and policies in order to achieve this goal.