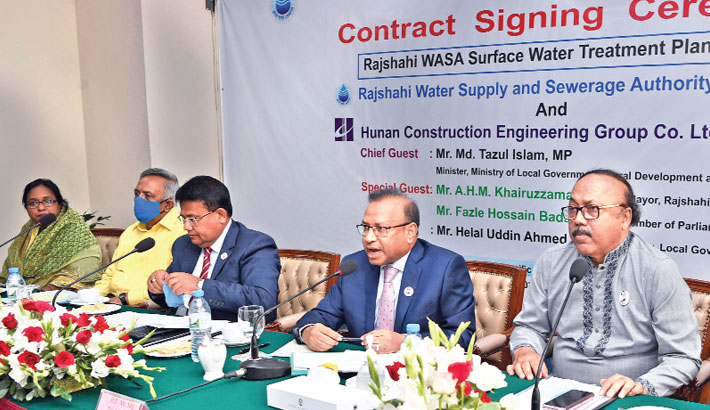 “If we can ensure proper services for people, they will pay tax willingly. We don’t have to apply force for revenue collection,” he said.

The minister made the remarks while speaking as the chief guest at a seminar titled 'Beyond Covid-19: City Corporation (Local Govt) Fiscal Space' organised by Japan International Cooperation Agency at a city hotel in the capital.

Tazul urged the mayors to take a proactive role in achieving self-sufficiency by taking different programmes.

He laid emphasis on increasing interactions and mutual understandings of mayors with people to make their organisations friendly to them.

“When people will know that their money will be spent on construction of roads, cleanliness, mosquito control, waste management, social safety services and providing healthcare as well as education, they will feel encouraged to pay tax,” Tazul said.