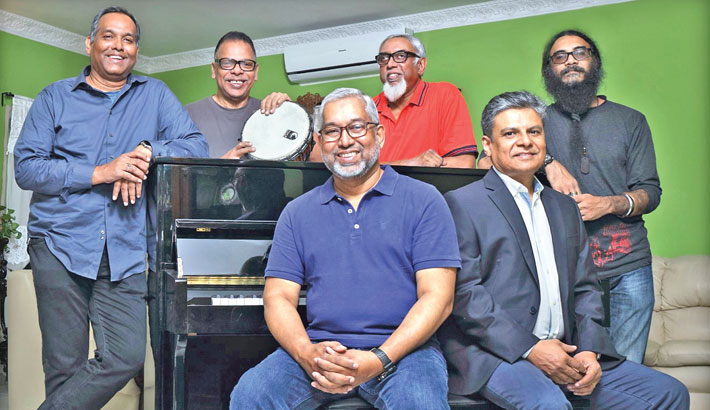 Renaissance, a popular soft rock band of the country, will release its new song after a 17-year hiatus. The title of the song is ‘Akash Amar Jotsna Amar’. Lyrics of the song have been written by Zulfiqer Russell while Pilu Khan has lent his voice to the song. Dhruba Music Station will release the track on the occasion on Independence Day on March 26.

The recording of the track has already been completed at a studio in the capital.

Explaining the reason behind producing the new song after 17 years, Naquib said, “Since we are all busy with our respective jobs, we took time. Moreover, we are conscious about the quality of the songs and never compromised with it.”

“Finally, we are releasing our new song on March 26 after a 17-year hiatus. I hope the audience will enjoy it like our previous songs”, he added.

A former member of Souls, Naquib, who composed several popular numbers with the band such as ‘Mon Shudhu Mon Chhuyechhe’, formed Renaissance in 1985 along with a few other dedicated musicians like Pilu Khan, Faisal Siddiqui Bogi, and Mamun.

Three years later the band released its self-titled album. And it was a glorious beginning for Renaissance that own hearts of hundreds of music lovers by producing some quality songs with atypical powerful lyrics and melodious tunes such as ‘Bhalo Lagey Jotsna Ratey’, ‘Achcha Keno Manush Gulo Emon Hoye Jay’, ‘O Nodire Tui Jash Kothare’.

Their 3rd album is ‘In Ekattur-er Renaissance’ which was released in 1998.