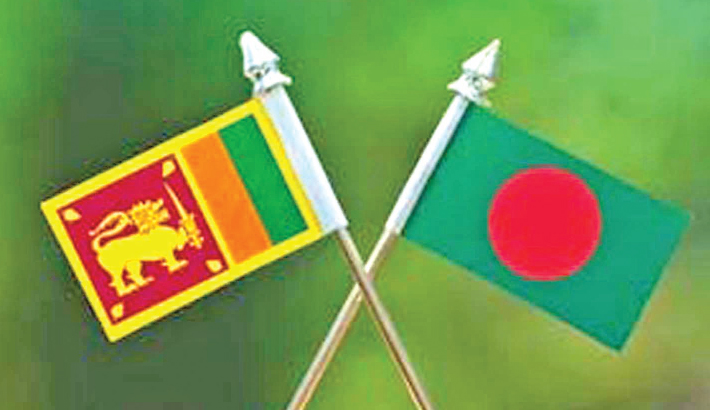 The forthcoming visit of Sri Lankan Prime Minister Mahinda Rajapaksa to Bangladesh to participate in the grand celebrations connected with the 50th anniversary of Bangladesh’s independence offers a golden opportunity to develop economic ties, an area crying for attention.

The 2019 Easter Sunday bombings in Sri Lanka and the 2016 Holy Artisan massacre in Bangladesh were horrible reminders of the need to be extremely vigilant about disruptive forces. However, it is undeniable that both Sri Lanka and Bangladesh have been largely free from terrorism for the last few years, in contrast to their troubled past and in comparison with some countries in the region. After Sheikh Hasina Wazed came to power in Bangladesh in 2008, the country has been enjoying political stability also, with agitations and disruptions becoming a rarity.

The decks have thus been cleared for domestic economic development and trade and investment across borders.

The ancient and the recent past, both provide a strong foundation for good relations between the two countries. Sri Lanka and Bangladesh may differ in religion, but much of their culture is shared. Both Sinhala and Bengali are deeply rooted in Sanskrit. They even share a common ancestry because Prince Vijaya, the putative founder of the “Sinhala race”, is said to have come from Bengal. Sri Lanka and Bangladesh both want to see South Asian unity forged through SAARC, which Bangladesh proposed and Sri Lanka has ardently supported since 1985.

However, despite the commonalities, the shared interests, the absence of acrimony, and the signing of many MoUs, the level of economic relations has been low. Bilateral trade is between US$ 150 million and US$ 180 million. One of the reasons for this is that connectivity is poor. People-to-people contact and awareness of opportunities are minimal. The Dhaka-Colombo-Dhaka airfare is US$ 973, way above affordability even considering the Bangladeshis’ passion for travel and lavish spending. Bangladeshis would come to Sri Lanka in thousands if only the airfare was lower. And along with tourists will come traders and investors sniffing for opportunities. Sri Lanka’s high tariffs are another block to trade.

Need to Use Bangladesh’s Growth

Bangladesh’s phenomenal growth, especially since the advent of Sheikh Hasina as Prime Minister in 2008, should be a catalyst for economic engagement between Sri Lanka and Bangladesh. Growing at 8.1%, Bangladesh is no longer a “basket case”. It is now a South Asian “Tiger”. It has developed expertise in several sectors like agriculture, inland fisheries, pharmaceuticals, disaster prevention and disaster management.

With a good industrial climate, a friendly and development-oriented government and bureaucracy, and cheap labour (the cheapest in South Asia and 75% cheaper than in China), foreign direct investment (FDI) is flowing into Bangladesh. China has pledged US$ 33 billion under its Belt and Road Initiative (BRI).

Bangladesh Prime Minister Sheikh Hasina told the World Economic Forum (WEF) in October 2019 that “Today, Bangladesh offers the most liberal investment regime in South Asia, in terms of the legal protection of foreign investment, generous fiscal incentives, concessions on machinery imports, an unrestricted exit policy, full repatriation of dividends and capital on exit. We are establishing 100 Special Economic Zones with a one-stop service across Bangladesh. Twelve of the zones are already functioning. Two zones are reserved for Indian investors. A number of high-tech parks are also ready for technology and innovative enterprises.”

The Bangladesh pharmaceutical industry was valued at US$ 1.5 billion in 2013, but it jumped to US$ 10 billion in 2020.  The Bangladesh government gives the highest priority to developing the energy sector by committing itself to providing uninterrupted power to local industry by 2021 and Bangladesh is way ahead in the use of solar energy, with 5 million households already using solar power.

Bangladesh is quickly moving to a high-value, knowledge-intensive society. Sheikh Hasina told the WEF that “Last year, Bangladesh exported 12 industrial robots to Korea. Four ships made in Bangladesh have come to India. Reliance of India purchased a large number of refrigerators made in Bangladesh. Bangladesh also has 600,000 IT freelancers – the largest freelancing community. In transforming the country into a Digital Bangladesh since 2009, we have ensured 100% ICT access for people at the grassroots. As a result, Bangladesh has the fifth-largest internet user population in Asia-Pacific.”

There are 23,000 Multi-Media classrooms, and 150, 000 teachers are part of the Teachers’ Portal which has put across 80,000 contents to help teachers improve their teaching. The aim is to post 900,000 contents online. E-payments through mobile phones are the order of the day even at the grassroots level.

According to renowned foreign economists, Bangladesh’s success is due to: 1) Focusing on domestic manufacturing with priority given to export-oriented industries; 2) Preferring investment over debt; 3) Ensuring a greater role for the private sector in managing capital and the establishment of Public-Private Partnerships; 4) Political Stability; 5) Elimination of religious extremism and terrorism; and 6) Existence of social services which provide basic necessities to the masses and the liberation of women to release energies latent in the broad masses.

Talking of the role of the social infrastructure in the development of Bangladesh, Nobel Prize-winning economist Amartya Sen said “Why has Bangladesh been able to do so many things that we have not been able to? The spread of education among girls in Bangladesh is far higher than both in Bengal and India. Girls in Bangladesh have more access to health care. Their life expectancy is higher than girls in India. It is also true that they have more educational opportunities in school. Why do these differences exist? We are both Bengali (people). We need to think about this.”

Writing about the reasons for Bangladesh’s transformation, Cornel University economist Kaushik Basu said “Bangladesh's economic transformation was driven in large part by social changes, starting with the empowerment of women. Thanks to efforts by the non-governmental organisations, along with more recent work by the government, Bangladesh has made significant strides towards educating girls and giving women a greater voice, both in the household and the public sphere. These efforts have translated into improvements in children's health and education, such that Bangladeshis' average life expectancy is now 72 years, compared to 68 years for Indians and 66 years for Pakistanis.”

“The Bangladesh government also deserves credit for supporting grassroots initiatives in economic inclusion, the positive effects of which are visible in recently released data from the World Bank. Among Bangladeshi adults with bank accounts, 34.1 per cent made digital transactions in 2017, compared to an average rate of 27.8 per cent for South Asia. Moreover, only 10.4 per cent of Bangladeshi bank accounts are “dormant” (meaning there were no deposits or withdrawals in the previous year), compared to 48 per cent of Indian bank accounts.”

Bangladesh’s labour regime is conducive to development, Basu says. “Having been born without the law, Bangladesh offered a better environment for manufacturing firms to achieve economies of scale and create a large number of jobs. And though Bangladesh still needs much stronger regulation to protect workers from occupational hazards, the absence of a law that explicitly curtails labour-market flexibility has been a boon for job creation and manufacturing.”

The way Sheikh Hasina tackled religious extremism and terrorism is an object lesson for other countries. Instead of banning Madrasas or simply killing the killers, she mobilised religious leaders and families to instil the spirit of tolerance and the true values of Islam among the youth. The State’s efforts were meant to unite rather than divide.

Bangladesh is ever ready to lend Sri Lanka its expertise in various fields. Likewise, Sri Lanka has things to offer. With Bangladesh’s expertise, Sri Lanka can stop importing food items. Food imports accounted for 7.2% of Sri Lanka’s total imports in 2018. Unlike Sri Lanka, Bangladesh has reached self-sufficiency in food, including rice, having increased food production from 10 million tons in 1972-73 to 39 million tons in 2015/16, although in the same period, arable land had decreased from 9.8 million hectares to 8.27 million hectares due to urbanisation.

Like Sri Lanka, Bangladesh experiences droughts and floods frequently. But Bangladesh has found ways to overcome the challenges through “climate adaptation techniques.” Bangladeshi farmers in flood-prone areas are using a variety of rice that can remain submerged for seven days without getting damaged. They also use rice varieties that can withstand drought and salinity. In tackling drought, Bangladesh has been able to reduce the use of water in rice cultivation by half – from 3500 litres per kg of rice to 1800 litres. This technique can be used in the arid zones of Sri Lanka.

Sri Lanka can economise on its fish imports by encouraging inland fisheries with Bangladesh’s help. According to the statistics of the Fisheries Department, the quantity imported from 2018 has been 84,463 metric tons spending LKR 32,726 million. There is vast scope for developing inland sweet water fisheries in Sri Lanka with Bangladesh’s help as there are many tanks on the island.

On its part, Sri Lanka can help the hotel and hospitality sector in Bangladesh grow as it has a longer tradition in these fields. It could help organise the Bangladesh tourism sector which is still in its infancy.

Bangladesh has opened its doors wide to Sri Lankan investors. Sri Lanka's total investment in Bangladesh stands at about US$ 348 million. Investments have been done by Feni Lanka Power Limited (FLPL), a subsidiary of Lakdhanavi Limited; Laugfs Gas Company Ltd; and Commercial Bank. There are also joint ventures with other companies in Engineering, Chemicals, Pharmaceuticals, Glass and Ceramic, Tannery and Leather Products, Printing and Packaging, Textile and Wearing, Agriculture and Fishing and Logistics. Around 30,000 Sri Lankan professionals are working in the Bangladesh garments, power and logistics sectors.

Some Bangladeshi companies have established a foothold in Sri Lanka.  Crystal Future Venture Lanka (PVT) Ltd, a Bangladesh-oriented company, is engaged in the telecom sector in Sri Lanka. It has projects with Huawei, ZTE, Ericsson, HUTCH and Airtel. The Mianz International Group based in Colombo has investments in the education sector. TAKEOUT LANKA, Colombo, is a Lanka-Bangla joint venture in the fast-food field. But Sri Lanka should emulate Bangladesh and be more welcoming to investors from there.

Sri Lanka should also open its market to Bangladeshi products. In 2017, Sri Lanka’s total imports of medical and pharmaceutical products amounted to US$ 520 million, but Bangladesh’s share in this sector was only around US$ 35 million, though Bangladesh could supply much more.

It is hoped that the political goodwill existing between the countries will be enhanced by the visit of the Sri Lankan Prime Minister to Bangladesh on the occasion of the golden jubilee of its independence and that it will translate into greater economic cooperation touching people's lives. Sri Lanka has much to gain by becoming part of Bangladesh’s phenomenal growth story.