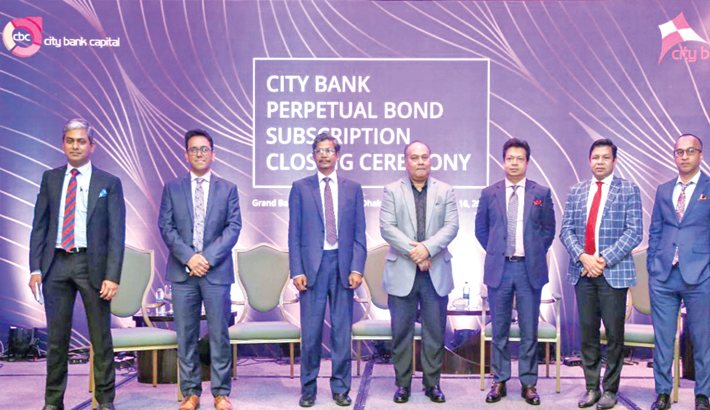 The bank held a subscription closing ceremony at The Westin Dhaka in the capital on Tuesday, said a press release.

Salman F Rahman, Private Industry and Investment Advisor to the Prime Minister delivered a video speech at the event.

Salman F Rahman said that the subscription completion and Tier-1 fund raising by using a perpetual bond was a landmark event and it would help to meet capital adequacy requirements.

BSEC Chairman Shibli Rubayat Ul Islam said that the launching of new innovate financial products had become much vital, without which, it would not be possible to finance economic activities in the coming days.

The bank entered into partnerships with several institutions for successfully issuing the floating-rate Perpetual Bond, among whom, City Bank Capital Resources were the mandated arrangers to the issue.

Mashrur Arefin, Managing Director and CEO of the bank, expressed sincere gratitude to the subscribers, regulators and all other who were involved with the issuance process.