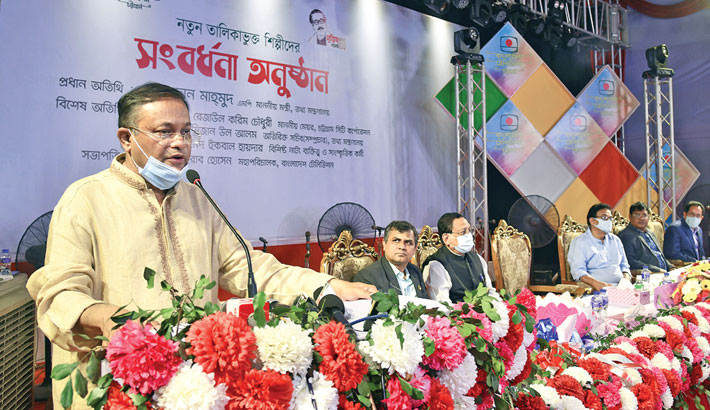 Information Minister Dr. Hasan Mahmud announced on Friday that six more stations of Bangladesh Television (BTV) will be set up soon in various divisions of the country.

“The project has already passed the pre-ECNEC phase and its activities will begin soon,” The minister said it while addressing a reception accorded to the newly listed artistes of BTV Chattogram center on Friday.

Hasan Mahmud said, “BTV Chattogram center is not a regional center, rather it is a national center. Those who are involved in the management of the center and those who are artistes and craftsmen should also bear this in mind.”