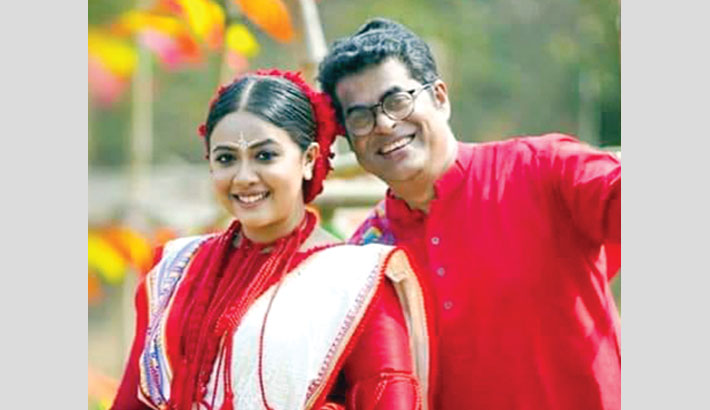 National Film Award-winning singer Oyshee has lent her voice to a new song titled ‘Mone Loy Abar Shei’ recently. Jibon Faruki has written the lyrics of the song while Ujjal Sinha has arranged the music of it.

Biplob Saha will be seen as Oyshee’s co-singer on the track.

Talking about the song, Oyshee said, “The lyrics of the track are amazing. The song is different from my other songs. I’m very happy that I have lent my voice to a wonderful song. I hope the audience will enjoy

Biplob Shaha said, “Really ‘Mone Loy Aber Shei’ is a wonderful song. Audience will get a new flavour in the song.  The music video of the track also very nice. I’m so grateful to the artistes who have participated in the music video.”

The song will be released on the YouTube channel of Bishwo Rang on the occasion of upcoming Pahela Baishakh.

She won Bangladesh National Film Award for Best Female Playback Singer for her performance in the film ‘Maya: The Lost Mother’ in 2019.