A Path of Human Rights Development amidst Political Attacks 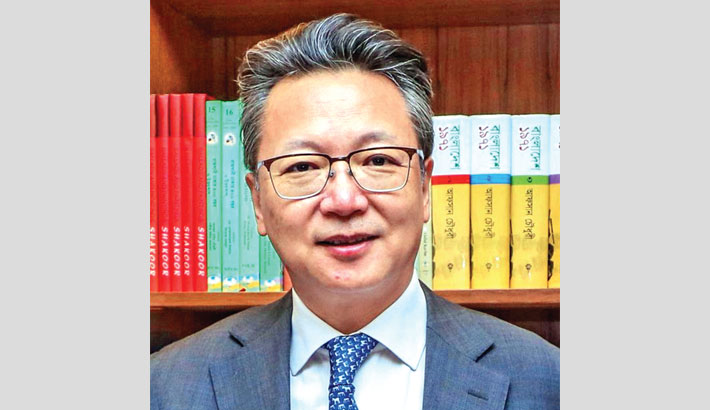 In recent years, China has been witnessing a period of significant socioeconomic development, as well as great progress in its human rights protection. Interestingly, it is also the same period China has seen more frequent attacks from countries like the US and the UK, even Canada and Australia sometimes, using human rights as a political tool in service of their own political objectives or their hidden agenda.

But the West’s criticisms over China’s human rights conditions often focus on a very small group of people who disparage the Communist Party of China and the Chinese government, bypassing the core aspects of human rights people in China care about the most, including the rights to subsistence and development. Therefore, in the eyes of the vast majority of Chinese people, this kind of criticism is shallow, malicious and against common sense, which then makes conflict inevitable between China and the West.

That being said, I still feel obliged to explain to the readers from Bangladesh and beyond the CPC’s visions and practices of human rights, so as to help you distinguish between what may be simple misunderstandings from political manipulations.

On Feb 25, Chinese President Xi Jinping revealed China has eliminated extreme poverty in the country, with all rural residents lifted above the current poverty line, and declared total victory in poverty eradication. It means the country has met the target of eradicating extreme poverty set out in the UN Agenda 2030 for Sustainable Development 10 years ahead of schedule, thus turning into reality the Chinese nation's dream of thousands of years. It is a milestone in China’s human rights achievements, especially as the anti-poverty campaign entails not only higher income and living standards, but secure access to education, health care, housing and other essentials. With the world's largest social security system covering elderly care, health care, subsistence allowance and housing, plus its over 100-trillion-RMB GDP and long-term social stability, the country has laid a solid foundation for advancing human rights in the long run.

Furthermore, last year, faced with the sudden onslaught of Covid-19, the Chinese government has followed a people-first approach, put the safety and health of every person front and centre and made every effort to safeguard the people’s life and dignity. In global issues like this one, China not only cares about its own people, but also launched a global emergency humanitarian campaign, the largest of its kind since the founding of New China, to extend a helping hand to countries and international organizations in need. It was one of our concrete steps to honour our commitment to building a global community of health for all.

Like many other norms and traditions, the concept of human rights is not static, but a product of historical and social evolution. Different from the Western approach to human rights, China’s human rights traditions are constructed on its history of great national suffering in the 19th and early 20th century, or the one hundred years of humiliation. It explains why China considers the rights to peace, subsistence and development as the essential foundation of its people-centred vision of human rights. And the CPC, as the party that led the Chinese nation to fight its way out of this misery, shares such an understanding. It sees human rights as a great cause to be pursued, and it does so in a pragmatic and people-oriented way.

The rights to subsistence and development are basic, because they are fundamental for the existence and continuation of human life and dignity, for facilitating the economic, political, social, cultural and environmental rights of all people and for maintaining social justice and enabling the all-around development of man.

Equally important, in his congratulatory letter to a symposium marking the 70th anniversary of the Universal Declaration of Human Rights in 2018, President Xi pointed out specifically “living a happy life is the primary human right.” Through promoting development, China principally aims to promote people’s happiness, and ensure people are the masters of the country and enjoy the benefits of the country's growth.

In short, China believes as the inherent rights of man, human rights are not abstract, but concrete; they are not an empty slogan to curry favour with some specific groups or a tool used against foreign countries; they are the rights of not just a few, but of all; they are meant for all to enjoy happiness; and they are attainable only when the rights to life, subsistence and development are guaranteed. Therefore, the first step is to ensure the basics, which China has been doing well with initiatives like poverty eradication. On top of this, China works to enhance people’s all-around development, mainly through promoting other non-basic human rights such as economic, political, social, cultural and environmental rights. These developments are further supported with constant improvements in social justice and legal protection for human rights, so the primary right to a happy life can be effectively guaranteed.

President Xi said, “It is the common aspiration of mankind for everyone to enjoy human rights in full”, and he called the Universal Declaration of Human Rights a significant document in the history of human civilization and recognized its profound impact on the development of the human rights cause around the world. On the other hand, he also emphasized that “the cause of human rights must be promoted in light of the national realities of countries and the needs of their people.” China always adheres to “a path of human rights development that fits the Chinese context”, which is the country’s key experience and basic principle in promoting human rights.

The West’s criticisms on human rights conditions in China are partly caused by misunderstandings due to the differences between our political systems and cultures. In fact, China doesn’t necessarily construct its human rights theories and practices against Western values. Different as they may be, it doesn’t mean the two systems are contradictory or opposite to each other. China has been promoting human rights in coordination with its socio-economic development and is always willing to have unbiased dialogues with the West based on mutual respect. But the West frequently meddles with the balanced development process of China, largely motivated by politics, which caused the chance for mutual learning and integration even slimmer.

Why is there such a dilemma and how has it evolved? The Western perspective on human rights is embedded in its unique history, as repeated religious persecutions, rounds of ethnic cleansing and social revolutions led people in the West to give special attention to political and property rights. Today, as Western societies are economically developed, resources for physical subsistence and development are no longer highly contested for, and thus easily taken for granted.

The West strongly believes in the universality of its own human rights standards, with the evangelistic traditions of Christianity contributing to its desire to promote Western standards to the whole world. But they often overlook the fact even their own interpretation of the word “human” was not “universal” until recently, as women, people of colour and indigenous groups remained excluded for the large part of history, and legal inequality persists within Western society.

However, the sense of superiority derived from Eurocentrism also makes it hard for the West to admit for a big country with over a billion people and different traditions it is unrealistic to copy Western logic and paths of human rights development, which then encourages Western media to blindly attack China’s human rights conditions. These misconceptions are further distorted when the issues of human rights are being used as a diplomatic and geopolitical tool.

For China, the leadership of the CPC is the choice of the Chinese people, validated by history and confirmed by the Constitution. Political confrontation from a very small group of people, supported by the West in the name of “human rights”, is essentially a breakaway from constitutional obligations. In this sense, it is not a matter of rights, but a breach of constitution. Where the West sees “repression” of “individual political rights” of the limited few, we see a disruption to the existing order that would compromise the happiness of the vast majority of the people, and therefore someone who must be constrained by the law. So it is wrong when the West defines those confrontational actions as within the boundary of political rights, as it purposefully confuses politics and legal concepts.

Community with a shared future for humanity: Cooperation, development and human rights

The CPC is committed to not only the happiness of the Chinese people and the rejuvenation of the Chinese nation, but also the pursuit of peace and development for the human race. As President Xi said, “The Chinese people would like to work in concert with people in other developing countries and beyond to advance development through cooperation, promote human rights through development, and build a community with a shared future for humanity.”

The common values of humanity will serve as important building blocks for such a community, including human rights, of which the rights to peace and development are most needed in our world today. In his congratulatory message to the Beijing Forum on Human Rights 2015, President Xi pointed out that the forum “is titled ‘Peace and Development: the Victory of the World Anti-Fascist War and Human Rights Advancement’, which helps all parties deeply reflect on the guarantee of peace and development rights of mankind”. Both history and reality tell us that without guaranteeing the rights to peace and development, there will be no scope for other human rights.

Developing countries like Bangladesh and China should uphold both the universality and particularity of human rights and steadily raise the level of human rights protection. It is also important for the international community to respect and reflect the will of the people in developing countries in the spirit of justice, fairness, openness and inclusiveness. The Chinese people will work with people of other countries to uphold the common values of humanity, which are peace, development, equality, justice, democracy and freedom, to safeguard human dignity and rights, to promote fairer, sounder and more inclusive global human rights governance and to build a community with a shared future for humanity.

The author is the Chinese ambassador to Bangladesh