Analysis of the Speech 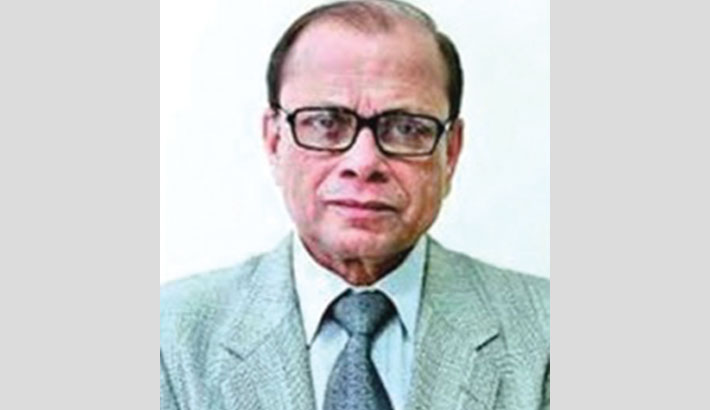 The speech, shortest in the record of the speaker, had, however, the deepest meaning, not one, but so many. In Bangla, there is a proverb saying a dot contains the entire water-mass of the large river the Indus (bindutesindhu); the speech was the supreme empirical example of this proverb.

In intent and purport, this speech is frequently likened to these of Abraham Lincoln's Gettysburg Address (1863) of "government of the people, by the people, for the people"; and "I have a dream" speech (1963) of Dr. Martin Luther King. These were written and well-prepared speeches. But historically, the speech of 7 March stands also in comparison with other speeches having the same kind of impact on the audience. First, the Funeral Oration (430 B.C.) of Pericles delivered to the mourning audience who had lost their dear ones in the first year of the Peloponnesian War (between Athens and Sparta, B.C-431-404). The comparison between Pericles and Bangabandhu assumes salience in the context of historical evidence bearing on the former, having similarity with information vis-à-vis the latter. Ancient Greek writers call Pericles "Olympian" and extol his talents; referring to him "thundering and lightning and exciting Greece" and carrying the weapons of Zeus when orating. According to Quintilian, Pericles would always prepare assiduously for his orations and, before going on the rostrum, he would always pray to the gods, so as not to utter any improper word. Bangabandhu had the same public image in terms of oratorical skill, and both had the same kind of faith in divine guidance (this trait of Bangabandhu has already been referred to above; more will be said below). Moreover, all the speeches of Bangabandhu were also preceded by assiduous preparation, albeit mentally, as he did not have time to do the written preparation. Above all, like Pericles, Bangabandhu's voice was also of thunder; and, while speaking, he did carry with him unstinted popular support. Both Pericles and Bangabandhu were charismatic in their oratory.

The Farewell Sermon (632) of Hazrat Muhammad (SWA) was also delivered impromptu coincidentally on 7 March (9 Dhul – Hijrach). The Sermon was delivered at mount Arafat east of Makkah. This Sermon was the first enunciation of human rights in a global context, thus a precursor to the UN Declaration of Human Rights (10 December 1948).

The linguistic elements of this speech need attention of analysts. First, delivered impromptu, it had to be in a colloquial mode; and the language thus was such as could reach the people of all walks of life. Moreover, the words were couched in a manner that could get across the message, both apparent and underlying, easily and clearly; and, thus could make the desired impact on the audience. That the speech made the impact on the audience has been gone into above.

It is always the case that a successful speaker mixes his delivery both in oral words and bodily gestures; and the art of public speaking has to be like that. Bangabandhu's frequent use of his both the index fingers carried the message, as psychologists would say, that how emphatic he had been in saying what he said. The raising of the index finger by the speaker while speaking also means his strong will and commanding personality.

That Bangabandhu's bodily gestures and postures were sufficiently communicative is corroborated by the evidence emanating from the eye-witness Professor Syed Manzoorul Islam, then the final year meritorious student of the Dhaka University Department of English. Syed Manzoorul Islam was interpreting the speech to a British journalist. After some time, the interpretation was stopped by the journalist, who, for the rest of the speech, "sat immobile, his eyes fixed on Bangabandhu, wondering how to describe the performance he was witnessing." As Professor Islam reminisces, "Later, sitting under the shade of a tree in the sprawling campus of the university, I gave the reporter a summary of the speech." The reporter gave the instant reply, "I could guess what he said, he was so articulate."

Bangabandhu's use of the Arabic word 'Insha Allah' (Allah willing) needs explanation. It would be unhistorical to side-track this word on the pretext that the speaker was an apostle of secularism in the Bangladesh context. True, he was a secularist, but his secularism was at variance with the Western variant. In the Western parlance, secularism means a complete divorce between the state and religion (a meaning out of tune even in the contemporary West). Bangabandhu's secularism, on the other hand, means religion as a private matter with which the state has nothing to do. In other words, it was a recipe for inter-religious harmony. A note has to be taken of the fact that, Bangabandhu was known for his personal piety; and, thus, when he said 'Insha Allah' he sure meant it. Above all, he should be taken at his words. The use of this word is contextually ordained in the Holy Qur’an as follows. "And never say anything, Indeed, I will do that tomorrow." Except [when adding] "If Allah wills." And remember your Lord when you forget [it] and say, Perhaps my Lord will guide me to what is nearer than this to right conduct."

The speech directed the people clearly that the coming war had to be fought as a guerrilla people's war. In conceiving and directing such a strategy and tactic, Bangabandhu must have taken into consideration the topography of the land, and the state of public resistance that would follow once the junta would unleash war. In this sense, the speech contained elements of military strategy and tactic, which was perfectly grasped by the close watcher of Bangabandhu, Fidel Castro, who, while evaluating the speech, discreetly commented that it was an "extraordinary war-strategy." Elaborating this comment, it may be added that the speech was indeed an extraordinary strategy for political and military warfare. Bangabandhu was sure that circumstantially, the collision course was inevitable; and hence his spelling out of the strategy, both political and military.

Looked at closely and understood in the context of the inherent message, the speech was a recipe for post-independence Bangladesh for emancipation. The word 'emancipation' did not simply mean ending of the Pakistani oppression and occupation; more than that, it meant emancipation even in independent Bangladesh from all the life-constricting forces, which include inter alia illiteracy, communalism, obscurantism and discrimination. This is the reason why, in his homecoming address on 10 January 1972, Bangabandhu exhorted his people to start the struggle for emancipation, which has since been waged with mixed results. This was thus a speech which contained elements of both the present and the future; and it took the position between the past and the future of Bangladesh. In this context, Jyoti Bose was right as he regarded the speech as "an extraordinary document. On the one hand, it contains inspiration for emancipation; on the other, it provides for a work-plan after independence."