Over 900 million tonnes of food wasted each year 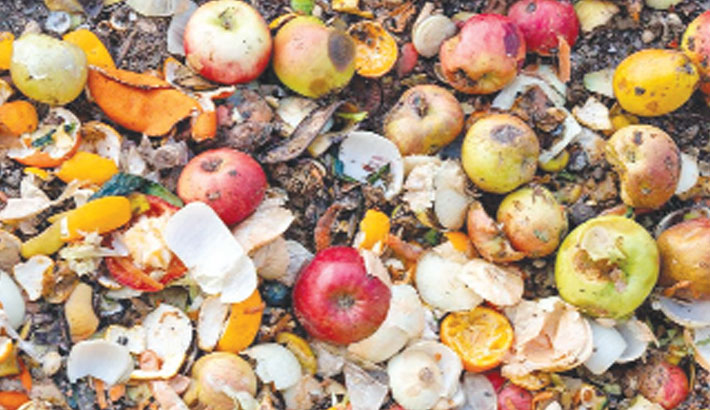 LONDON: The UN Environment Programme’s Food Waste Index revealed that 17% of the food available to consumers - in shops, households and restaurants - goes directly into the bin.

Some 60% of that waste is in the home. The lockdown appears to have had a surprising impact - at least in the UK - by reducing domestic food waste.

Sustainability charity Wrap, the UN’s partner organisation on this report, says people have been planning their shopping and their meals more carefully.

And in an effort to build on that, well-known chefs have been enlisted to inspire less wasteful kitchen habits.

The report has highlighted a global problem that is “much bigger than previously estimated,” Richard Swannell from Wrap told BBC News.

“The 923 million tonnes of food being wasted each year would fill 23 million 40-tonne trucks. Bumper-to-bumper, enough to circle the Earth seven times.”

It is an issue previously considered to be a problem almost exclusive to richer countries - with consumers simply buying more than they could eat - but this research found “substantial” food waste “everywhere it looked”.

There are gaps in the findings that could reveal how the scale of the problem varies in low- and high-income countries. The report, for example, could not distinguish between “involuntary” and “voluntary” waste.

“We haven’t looked deeper [at this issue] but in low-income countries, the cold chain is not fully assured because of lack of access to energy,” Martina Otto from Unep told BBC News.

The data to distinguish between the waste of edible food and inedible parts - like bones and shells - was only available for high-income countries. Lower-income countries, Ms Otto pointed out, were likely to be wasting much less edible food.

But the end result, she said, was that the world was “just throwing away all the resources used to make that food”.

Ahead of major global climate and biodiversity summits later this year, Unep executive director Inger Andersen is pushing for countries to commit to combatting waste - halving it by 2030.

“If we want to get serious about tackling climate change, nature and biodiversity loss, and pollution and waste, businesses, governments and citizens around the world have to do their part to reduce food waste,” she said.

Richard Swannell pointed out: “Wasted food is responsible for 8-10% of greenhouse gas emissions, so if food waste was a country, it would be the third-biggest emitter of greenhouse gases on the planet.”