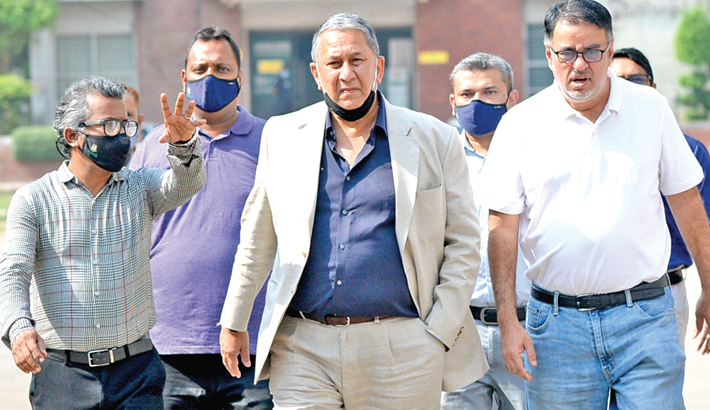 The Indian Premier League franchise Rajasthan Royals chairman Ranjit Barthakur said that they won’t push Mustafizur Rahman to play for their side at the expense of skipping his national duty.

Bangladesh Cricket Board earlier said that they would give the No Objection Certificate to Mustafizur if he wants to play in the IPL but the left-arm pacer insisted that he is not ready to skip national duty for IPL.

BCB, who had earlier denied Mustafizur the NOC last year, had to change their stance as they had to give the NOC to their all-rounder Shakib Al Hasan, who was roped in by Kolkata Knight Riders for the upcoming season.

Barthakur said that he is okay with Mustafizur’s decision of giving priority to his country.

“We have taken ‘The Fizz’ Mustafiz in our team. We have bid for him, hopefully, he will play but his duty towards his country comes first, after that, it comes to the Rajasthan Royals,” said Barthakur, who along with few other members of the RR family paid a surprise visit to the Sher-e-Bangla National Stadium to see the infrastructure available at the home of cricket on Thursday.

“So let me see when he comes, I hope he is selected nationally also, but if he doesn’t, we are always there for him,” he added.

Rajasthan Royals picked Mustafizur at his base price of Rs 1 crore during the IPL players’ auction.

RR chairman Ranjit Barthakur said that they are eyeing to open an academy to broaden their base in Bangladesh.

“We want to open a Royal (Rajasthan) academy in Bangladesh,” said Barthakur.

“The plan is yet to be finalised but we are thinking about it which can feed the whole IPL from here.

“We would like to send our scouts to discover cricketers from the grassroots, to prepare them by honing their skills so that both of the bodies (RR and BCB) can utilise their talents and skills,” he added.

Barthakur also said that they are eyeing to have an exchange program that will suit both the board.

“I am here to see how we can have an exchange program, for cricket, so that we can flourish jointly, as the eastern Himalayan territory, rather than territories of India and Bangladesh,” he said.

“Teams like Kolkata, Chennai, and Mumbai had looked at Bangladeshi players as potential recruitment over the years and we are looking at them right now. They’ve got grit; they play under very difficult situations, so I think it’s very important,” he said.

Barthakur further said that they are focusing on creating a fan base for Royals in Bangladesh.