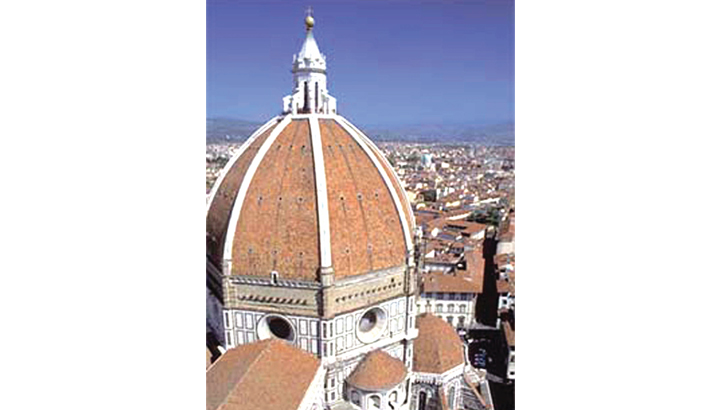 None of the great intellectual and cultural movements of the West, like the Renaissance, the Protestant Reformation, the Enlightenment of the 18th century CE and the Romantic Movement of the 19th century CE, could have been possible without Europe’s connection with Islamic thought and culture, and Islam’s impact on Europe through Spain, southern France and southern Italy.

“Islam,” writes Stanwood Cobb, “impinging culturally upon adjacent Christian countries, was the virtual creator of the Renaissance in Europe”.

“It was Islam which had transformed mediaeval, intolerant Europe into a new and modern, rationalist, humanist, tolerant and scientific Europe. Freedom of thought and expression were unknown in the mediaeval Europe dominated by the Catholic Church; scientific speculation was taboo!” (Islamic Contribution to Civilisation)

The Renaissance marked the beginning of a new phase in civilisation, where new thought and culture came into being. The impact of Islamic civilisation on Europe laid the foundation for a new, modern civilisation in the West. The question arises as to how the great change in Europe came about. The popular theory (which has no historical basis) that with the capture of Constantinople by the Turks in 1453 CE, Greek scholars came over to Italy and with them the era of light and learning started, is rejected by all honest scholars of the West.

The distinguished historian, Robert Briffault, writes in his well-known work The Making of Humanity: “The light from which civilisation was once more rekindled did not arise from any embers of Greco-Roman culture smoldering amid the ruins of Europe, or from the living death on the Bosphorus (Byzantine Empire). It did not come from the Northern but from the Southern invaders of the Empire, from the Saracens!! It was under the influence of the Arabian and Moorish revival of culture, and not in the 15th century CE, that the real Renaissance took place. Spain not Italy was the cradle of the rebirth of Europe.”

The period between the end of the 10th century and the 12th century CE was marked by the dominance of Arab thought and civilisation in southern Europe.

“It was then,” continues Sarton, “that the conflicting cultures were brought most closely together, especially the Christian and Muslim, and that their interpenetration constituted the solid core of the new Europe.”

The view of Sarton was supported by Condorcet, one of the most enlightened thinkers of the French Age of Reason and Enlightenment, who acknowledged Europe’s debt to the Muslim Arabs in these words: “They (Arabs) translated Aristotle and studied his works: they cultivated astronomy, optics, and the various branches of medicine and enriched these sciences with new truths. We owe to them the spread of the use of Algebra. With the Arabs the sciences were free, and this freedom was due to their success in reviving some sparks of the Greek genius…. People learnt the Arabic language, they read Arab writings….”

Post-Renaissance Western civilisation is not a Christian civilisation. In its foundational ideal and values, such as the dignity of man, man’s rationality, unity and equality of mankind, humanism, liberalism, human freedom and human rights, science, technology and industrialism and, above all, the rule of law and justice, it is closer to Islam’s moral, social and legal ideals than to mediaeval Christianity.

Islam affirms freedom of religion and enjoins the duty of justice to one and all without any racial or religious prejudices and hatred. Modern civilisation is no longer merely Western. All nations, without distinction of race and religion, accept and enshrine in their constitution all the moral, social, economic and legal ideals of the contemporary civilisation as enshrined in the United Nations’ Charter and in the United Nations’ Universal Declaration of Human Rights.

All these are explicitly declared in Islam’s Holy Book, The Qur’an, and were proclaimed by Prophet Muhammad, sallallaaahu ‘alayhi wa sallam, (may Allah exalt his mention) in his sayings and through his actions, especially in his farewell address at his last pilgrimage. This address may be considered the first charter of human rights, wherein the Prophet, sallallaahu `alayhi wa sallam (may Allah exalt his mention ) declared the unity and equality of humankind, and put an end to all the primitive, barbarous and inhuman traditions and customs of the Age of Ignorance, such as tribal pride, prejudice, hatred and female infanticide.