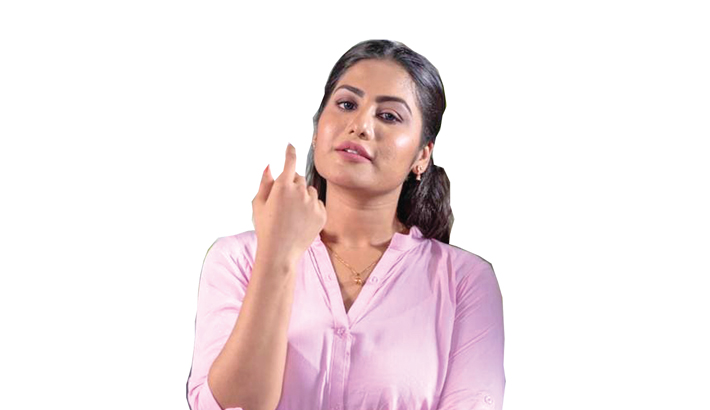 Promising actress Arshi Hossain has proven her talent in the film industry through several films. Now, the actress will be seen in the movie ‘Banglar Darpan’.

Directed by KHA MA Khurshid, Himel is the co-artiste of Arshi in the movie.

In the meantime, first lot shooting of the film has been concluded recently in Madaripur and the second lot of shooting will begin at Pubail in Gazipur from today.

Arshi said, “Banglar Darpan is a female centered film. The story of the film is very nice. I’m portraying the character of a journalist. This is the first film of KHA MA Khurshid. As his first movie Khurshid bhai is making the film with utmost care. I hope ‘Banglar Darpan’ will be a good film.”

Arshi was last seen in a television commercial of a baby diaper with popular actor Riaz. She is now in talks for several movies.