Towards Zero Discrimination against Women 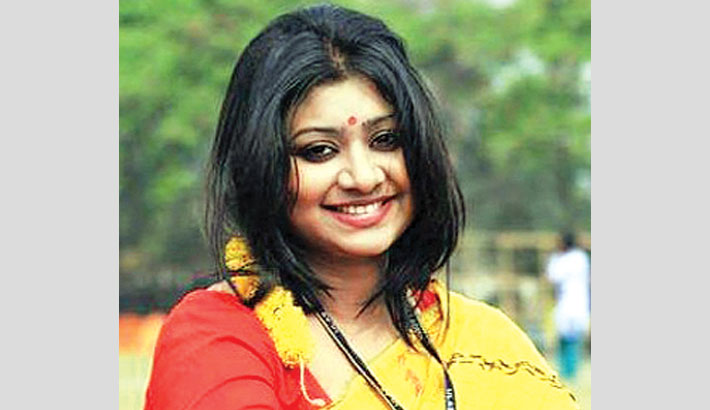 The United Nations (UN) has been celebrating Zero Discrimination Day on 1 March since 2014. The day aims to establish equality and promote the importance of living life with dignity and grace regardless of gender, social class, religion, ethnicity, race, body type and even sexuality. This year the theme is: Zero Discrimination Against Women and Girls. Gender equality has always been one of the most crucial matters of concern for the world. A sustainable and developing world demands gender parity. Kofi Anan said, “Gender equality is more than a goal in itself. It is a precondition for meeting the challenge of reducing poverty, promoting sustainable development and building good governance”. Our honourable Prime Minister Sheikh Hasina and her government have been relentlessly working on abolishing gender gap in every sector. Her efforts are groundbreaking and praiseworthy.

Prime Minister Sheikh Hasina is a trailblazer in women’s empowerment in Bangladesh. From office to politics, from literature to science, from administration to law enforcement, women’s participation is remarkably evident in all sectors. Bangladesh is now, according to Global Gender Gap Index, the second most gender equal country in Asia, tops in South Asia and ranks 47th among 144 countries of the world. The achievement did not come overnight. The Prime Minister’s unabated effort has gradually been taking us to the way of reaching the goal of zero discrimination against women and girls.

Half of the population of the country is women. If women are not enlightened and empowered, the country will not altogether progress. Let's now look at a statistical report. In 2010, the number of working women in Bangladesh was 16.2 million. In 2016-17, it increased to 18.6 million. In just 6 to 7 years span of time, the number increased significantly. In 2020, it is even higher. In Bangladesh, 57 percent of them are working women whereas in India the percentage is only 29 percent.

Gender parity has been remarked in primary and secondary education sectors too. In 1990, the idea of expanding educational opportunity by motivating female students with stipend and wavers was just conceived. In 2008, 57 percent of the young female population confirmed their academic engagement. This percentage increased to 96 percent in 2017. Parents even in villages also send their daughters to schools. And why won’t they when there is a dazzling example of successful women like that of the PM.

Sheikh Hasina took an initiative to get more women involved in workforce too. Without women’s adequate participation, the rate of GDP won’t grow properly. Lower GDP offers lower standard of living which ultimately leads to the world of ignorance and despair. Currently, more than four million women are working in the Ready-made Garment (RMG) sector. The minimum wage also increased to 8,000 taka from 3,000 taka in 2010.

Undoubtedly, earning money is one of the effective ways to achieve emancipation. Those who possess money, possess power. So, when a woman earns money and contributes to her family, she becomes an important entity and possesses an individual identity. The Premier asserted in one of her interviews, “If a woman can earn money, she automatically has a voice in the family and a steak in the society”. As a strong woman herself, she had this intellect and enthusiasm to bring change to the country by reaffirming women’s participation.

Women's participation in politics has also been enhanced in Sheikh Hasina’s reign. It was Bangabandhu Sheikh Mujibur Rahman’s dream to build a nation of zero discrimination. In 1972, the constitution confirmed 15 seats for women politicians. After the liberation war, women’s participation in politics even increased to significant numbers. Bangabandhu believed that educated and empowered women bring greater success to society and nation. Sheikh Hasina actualized her father’s dream which is the dream of the entire country.

Women are not only progressing in education and career, they are leading a safer and healthier life too. The Domestic Violence act was enacted in 2010 which induced courage and voice in women to speak against violence and oppressions. For many years, women have been subjugated by their male counterparts. They could not raise their voice against this domestic oppression. As a result, many women had to die and remain subjugated under patriarchal dominance. The PM has ignited courage in our girls and women so that they can break the shackle and shatter the glass that prevents them from becoming empowered.

Women’s health issues are also addressed with proper care and respect. In government sectors, women get six months’ paid maternity leave. In private sectors, three months’ paid leave is confirmed. Women get better medical treatment even in remote villages where there was no electricity even. The number of female doctors is also increasing day-by-day. In earlier days, male guardians of female patients preferred to visit female doctors. Unfortunately, they were not ready to send their daughters to accomplish higher education in medical studies. The scenario is now changed. Many parents encourage their daughters to become doctors and encourage them to keep on acquiring further degrees.

Empowering women to abolish the gender gap is not just a goal for Sheikh Hasina. She firmly believes that without achieving gender parity, many social problems will not get solved so easily. The entire world appreciates her gender equalizing policy. She is the trendsetter. As citizens, we must keep faith in her so that we surely and gradually reach the goal of zero discrimination against women and girls.