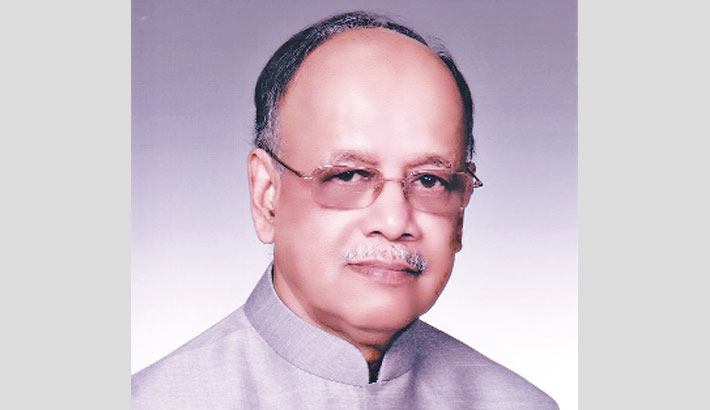 Since the outbreak of Covid-19 in January of 2020, presumably in China, the world has gone through a very unusual phase in its known history. To approximately 7.8 billion people of the world it seems the world has entered a different kind of Dark Age. So far more than 2.5 million people fell victim to this pandemic, the highest number being in the United States where more than five hundred thousand people lost their lives. US, the world’s most powerful country seemed completely helpless when this unknown virus began taking its toll. As for Bangladesh, a country that can boast about many of its successes in the last one decade, another feather has been added to its cap when international bodies like United Nations and WHO lauded its success in handling the Covid-19 related crisis and administrating the vaccine. Globally Bangladesh ranks 17th and 2nd in South Asia when it comes to vaccinating people. But considering the total number of population in Bangladesh and population density of the country it can be safely concluded that Bangladesh has outperformed many other countries like Israel, UAE, Maldives, UK, and USA, Chile or Mexico. All these countries are theoretically ranked above Bangladesh. The number of deaths is also quite low in Bangladesh. As of Friday little over eight thousand people‘s lives were lost due to Covid-19 in Bangladesh. More people die on an average due to road accident in Bangladesh every day than due to Covid-19. The credit for the success story of Covid-19 related management including the vaccination must be given to the Prime Minister Sheikh Hasina who tried her best to plan and manage the crisis even before it became a crisis in Bangladesh. She has again proved that in times of crisis leadership matters and leaders need to have patience, must be able to visualize the future and chart his or her course of action.

During this last one year Bangladesh has lost some of his most illustrious sons. They unfortunately fell victim to Covid-19 and their loss is irreplaceable. The vacuum they have created will remain void for years to come as unfortunately the country no longer produces geniuses like them. In the early stage of Covid-19 Professor Jamilur Reza Chowdhury, the iconic structural and mechanical engineer of the country left us (April 28, 2020). He was one person who could inspire the young generation, received all the state honours of the country, stood beside the Prime Minister when the World Bank and others in Bangladesh, including a section of media and civil society were crying foul before the construction of the Padma Bridge commenced. He was one of the persons who were involved in the project and was aware about everything of the project from the very beginning. Very often Professor Jamilur Reza Chowdhuy would appear before the media and declare in unequivocal terms that the allegation of corruption raised against the Bangladesh government and its concerned ministry is not true and he stood by it till his last days. Later in a Canadian Trial court he was proven right. 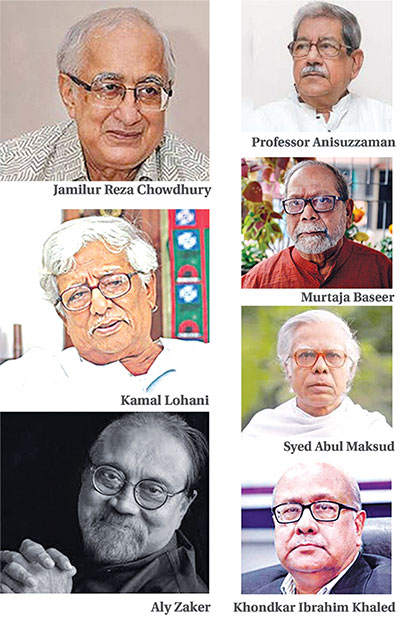 Professor Murtaja Baseer was a multidimensional personality. Though he is more known as an artist, he was also an accomplished writer, a poet, a film maker, a renowned coin collector and a numismatist. The youngest son of an illustrious father Dr. Mohammed Shahidullah he wanted an identity of his own and was successful. In 1978 when General (Retd) M A G Osmani contested in the presidential election against the first military ruler of the country General Zia Professor Murtaja Baseer campaigned for General (Retd) Osmani and travelled across the country with him. Though Professor Murtaja Baseer was suffering from old age complicacies he came in person to receive the Independence Day award in 2019. Till his last day Professor Baseer was a man who loved to be in the company of his friends, former students and colleagues. He was taken away from us on August 15, 2020.

Professor Anisuzzaman, the illustrious teacher, a writer, the person who translated the Bangladesh Constitution in Bangla, who was loved by the Father of the Nation Bangabandhu Sheikh Mujibur Rahman not because he was the teacher of this daughter, the current Prime Minister Sheikh Hasina but also because of his being a man of wisdom and intellectual ability was honoured nationally and internationally by governments, universities, organizations and his admirers compared him with a lighthouse of knowledge. Professor Anisuzzaman was a devoted husband, a loving father, a caring teacher and a perfect gentleman. For quite a few years he had had health related issues but due to his perseverance and care of his family he overcame the problems and was active till he fell victim to Covid-19. The Prime Minister loved and respected him dearly, showered with all the respect he deserved. He was a people’s man who did not learn to say NO to any good idea or proposal. He would not shy away from criticising the government if some of the policies of the government, according to him went against the common interest of the people. He did not shy away from appearing before the International Crimes Tribunal as a witness to testify against the perpetrators of 1971. After suffering for about two weeks Professor Anisuzzaman breathed his last at the Combined Military Hospital on 4th May 2020. Professor Anisuzzaman will be missed by his admirers and the nation for years to come.

Kamal Lohani, the eminent journalist and author and known to be conscious keeper of the nation lived a very simple life. His lifelong attire of loose white kurta and pajama became a symbol of a man of no vices. It is learnt that once during the rule of Zia he was asked to join an official foreign trip of the President on the condition that he would have to wear something else than his usual white kurta and pajma. Kamal Lohani refused and he never joined the President in his official foreign trip.  Covid-19 claimed Kamal Lohani on 20th. June 2020.

Aly Zaker, more known as a stage performer was a freedom fighter who would read English News from the Swadhin Bangla Betar Kendra in 1971. He was also a director and a writer, a professional marketing man who also performed his duties as one of the trustees of the Liberation War Museum succumbed to Covid-19 on 27th November 2020. When Shaheed Janani (Mother of Martyr) Jahanara Imam initiated the movement for the trial of those involved in committing crimes against humanity in 1991 Aly Zaker volunteered to be one of her  trusted lieutenants and mould  public opinion. His voice will not be heard any more.

As the world completed the anniversary of the Covid-19 pandemic the news broke that the eminent journalist, author, columnist, human right activist, researcher and a person who was close to the Prime Minister and even resided very close to Bangabandhu’s Dhanmondi residence, Syed Abul Maksud expired on the evening of 23rd. February 2021 at his residence.  It is assumed he had breathing problems and succumbed to a heart failure. Sayed Abul Maksud was a remarkable man who used  to go around  donned in a white  Gandhian attire. He put on this attire when US invaded Iraq and he said this is his own way of protest against the irrational invasion of Iraq and killing of the innocents. Syed Abul Maksud never hesitated to criticize certain government policies if according to him it was not serving the greater interest of the country or the people. Ironically he never got the honour from the state which he deserved. Dr. Shamsuzzaman Khan, the Chairman of Bangla Academy who is also very close to the Prime Minster wrote in his Social Media Facebook wall that this year he proposed the name of Syed Abul Maksud for the Ekushey Padak in the category of researcher. He wrote that his recommendation was trashed by the Ministry of Cultural Affairs. Dr. Shamsuzzan knows better that in the recent years these citations or recognitions often have become jokes or irrelevant. Quite often I would have chance to discuss certain issues with Syed Abul Maksud. We would argue for long and quite often would fail to come to a consensus. During this pandemic time I called him twice just to inquire about his wellbeing and he would assure me that he is fine and have gone into self-isolation like me. I promised him we will meet soon. But the creator had other plans. Personally I will miss Maksud Bhai. One more of my guide and mentor has gone.

Even before the pains of the loss of Syed Abdul Maksud faded comes the news of the demise of the acclaimed banker Khondkar Ibrahim Khaled. A former Deputy Governor of Bangladesh Bank Khondkar Ibrahim Khaled was very vocal about the catastrophic banking sector of Bangladesh. I met him infrequently but always tried to read or hear his opinions about the banking and financial sector of Bangladesh.  Whenever we met he would express his dismay and frustration on how some unscrupulous sycophants were bent on misleading the Prime Minister. Khondkar Ibrahim Khaled held Bangabandhu in a high esteem and during the four party alliance rule he refused to pull down the portrait of Bangabandhu from his office. At that time he was the MD of a nationalized bank. When someone pointed this to him his straight answer was ‘because of him I am the MD of a bank. I should not be so ungrateful.’

For many of us personal losses made us lonelier. I lost my immediate younger sister on 30th May but could not attend her last rites due to travel restrictions. 2020 is the year which people would like to forget.  It has not only claimed the lives of those whom we loved but also managed to create an uneasy silence in an uncomfortable emptiness in the country. The country lost some of its great souls. My prayers for all the deceased.