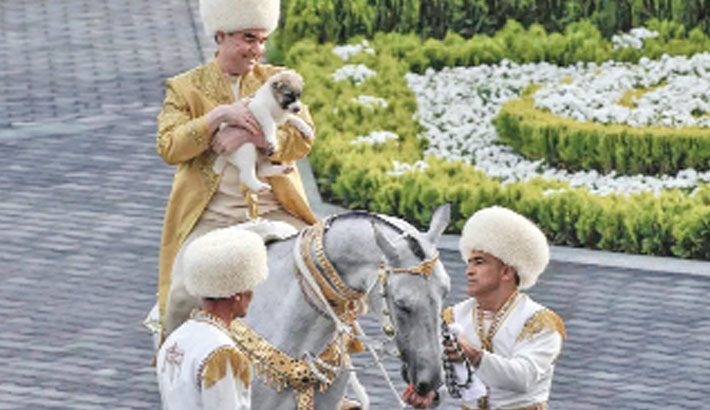 The alabai shepherd dog has inspired presidential poetry and an ostentatious gold statue under the leadership of strongman Gurbanguly Berdymukhamedov, who gave Russian President Vladimir Putin a puppy for his 65th birthday in 2017. Now, thanks to Berdymukhamedov’s decree, the dog will share a holiday on the last Sunday of April with the Akhal-Teke horse,

The holiday will “increase the world fame of the Turkmen alabai”, said the decree published in the Neutral Turkmenistan state newspaper.

The newspaper said the alabai would also have its own national beauty contest for the first time this year.

Historically prized by Turkmen pastoralists for its protective qualities, the robust breed is also used by border patrols and police.