Demand for revoking DSA gets louder 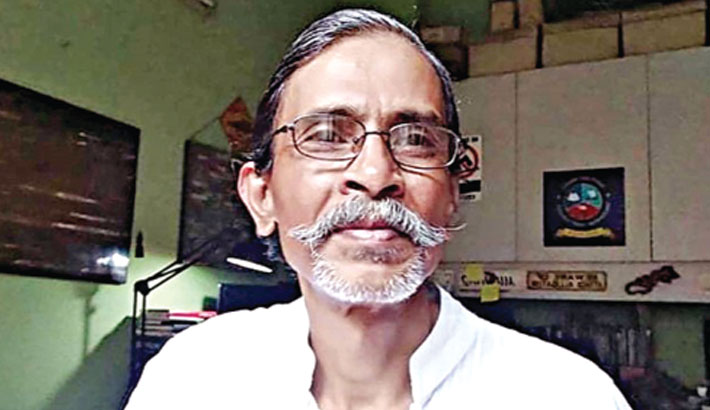 The death of writer Mushtaq Ahmed, who was arrested under the Digital Security Act (DSA) over nine months ago, in jail has triggered an angry outcry with people from different walks of life demanding that the law be revoked and a probe be launched into his death.

People started venting their anger at the death of the writer, who was denied bail six times since his arrest in May last year, since he was declared dead at a Gazipur hospital after being taken there from a prison.

They staged protests on Thursday night and Friday and demanded that the DSA be repealed and a probe be launched into the death.

Mushtaq was declared brought dead at Shaheed Tajuddin Ahmad Medical College Hospital around 8:20pm on Thursday after he was taken there from Kashimpur High Security Jail-3.

The 53-year-old writer suddenly fell unconscious inside the jail around 7:10pm.

Human rights activists and national and international human rights bodies, including Human Rights Watch, Committee to Protect Journalists (CPJ) and PEN America, called for transparent and independent investigation into the circumstances of the death of Mushtaq.

Members of progressive students’ organisations brought out a protest rally at TSC on the Dhaka University campus after the news of his death spread around on Thursday night.

The death of Mushtaq triggered an angry outcry on social media platforms as well as those were flooded with angry posts.

Hundreds of protesters marched in a procession towards Shahbagh around 11am and blocked the busy intersection for an hour.

The protesters ended their programme with a procession towards the TSC at 12pm and announced to gherao the Home Ministry on Sunday.

They also took to the street with a torch procession from the TSC in the evening.

Meanwhile, Home Minister Asaduzzaman Khan on Friday said an investigation committee will be formed to look into the death of the writer, if necessary.

“Once the post-mortem report is available, we’ll form a committee to look into this death, if needed,” he said while talking to reporters after inaugurating the newly built office of the superintendent of police in Chattogram.

“He (Mushtaq) had breached the law and order and hurt others’ faith through his write-ups,” the minister said, adding, “That’s why many people filed lawsuits against him.”

Besides, Mushtaq was laid to eternal rest in the capital on Friday evening.

He was buried at Azimpur graveyard following a namaz-e-janaza at Minar Mosque in the city’s Lalmatia area after Maghrib prayers.

Earlier, a post-mortem was conducted on Mushtaq’s body at Shaheed Tajuddin Ahmad Medical College Hospital in Gazipur when no sign of injuries was found, according to doctors.

“Apparently there was no sign of injuries on Mushtaq’s body. Further details can be disclosed when the autopsy report will be submitted,” Head of the hospital’s Forensic department Dr Shafi Mohaimen said.

Mushtaq’s body was handed over to his family on completion of the autopsy.

Hailing from Narayanganj’s Araihazar upazila, Mushtaq, one of the entrepreneurs of crocodile farming in Bangladesh, used to live with his wife Lipa Akhter and elderly parents in Lalmatia.

He used to write under the pen name of Michael Kumir Thakur. He wrote a book titled ‘Kumir Chasher Diary’ in November 2018 and was critical on social media about the government’s handling of the coronavirus pandemic.

On May 6 last year, Rapid Action Battalion (Rab) members arrested him from his Lalmatia residence and cartoonist Ahmed Kabir Kishore from Kakrail for ‘spreading rumours and carrying out anti-government propaganda’.

Police pressed charges against the writer and 10 others in a case filed under the DSA and he was denied bail six times.