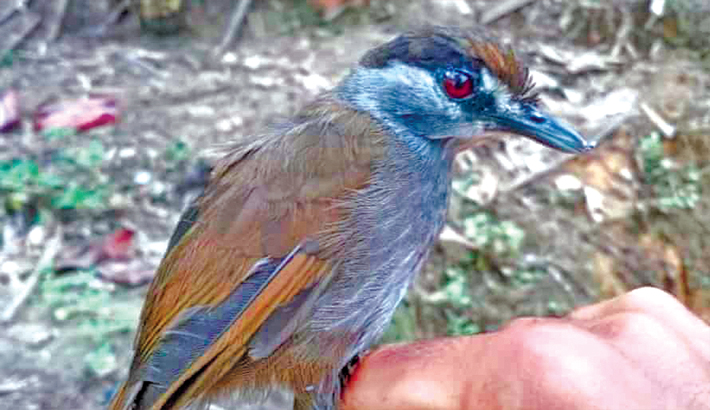 A bird last seen more than 170 years ago in the rainforests of Borneo has been rediscovered, amazing conservationists who have long assumed it was extinct, reports AFP.

The Black-browed Babbler has only ever been documented once—when it was first described by scientists around 1848 -- eluding all subsequent efforts to find it.

But late last year, two men in Indonesian Borneo saw a bird they didn’t recognise and snapped photos of it before releasing the palm-sized creature back into the forest, according to Global Wildlife Conservation. Ornithologists were astounded to find that the Black-browed Babbler was alive and well, despite not having been seen since before Charles Darwin published “On the Origin of Species”.

“This bird is often called ‘the biggest enigma in Indonesian ornithology.’ It’s mind-blowing to think that it’s not extinct and it’s still living in these lowland forests.”

Little is known about the creature with brown and grey feathers, which has been “missing” longer than any other Asian bird, according to the paper.

Researchers hoped to go back to the area where it was recently spotted, but Covid-19 travel restrictions could slow the effort.

“There is now a critical window of opportunity for conservationists to secure these forests to protect the babbler and other species,” said Ding Li Yong, a co-author on the paper and a Singapore-based conservationist with BirdLife International.

More than 150 species of birds around the world are considered “lost” with no confirmed sightings in the past decade, conservationists say.

“Discoveries like this are incredible and give us so much hope that it’s possible to find other species that have been lost to science for decades or longer,” said Barney Long, Global Wildlife Conservation’s senior director of species conservation.